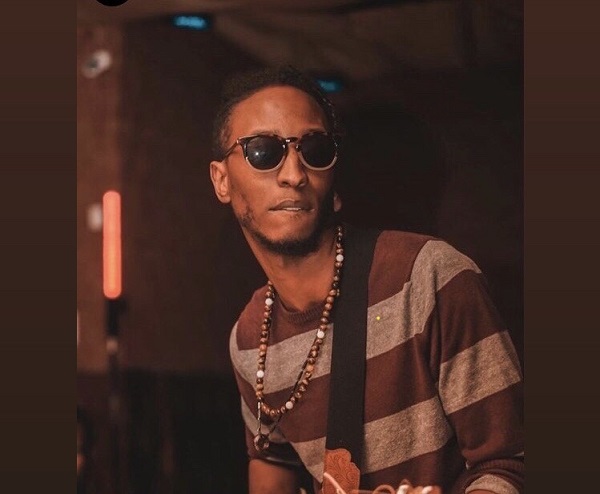 GREENVILLE, SC – It’s time for music lovers to start paying attention to Barryle. The soulful songwriter and singer from South Carolina had been making music for years, perfecting a sound and style that is equal parts throwback and original. With a voice reminiscent of John Legend and a production style that matches the highest levels of talent in the industry, this young artist is a musician that can no longer be ignored.

His latest single “Say It” is poised to put him on the map globally. With a mid-tempo quasi-African beat that embraces elements of Pop and R&B, “Say It” is the perfect song to showcase his soaring vocals and incredible ability to produce tracks at the highest level. And the hook is one of those catchy phrases that will not only have listeners singing it again and again long after they first heard the song, but also provides another level of sound as it showcases a signature grittiness of his voice. That gravely soul is a sound unlike any other today, and it’s the thing that’s sure to make him stand out in a crowded market.

“I’ve written thousands of songs over the years,” he said. “A while back, I made a goal of writing a song or a beat every day of the year. I’ve done that for five years now and I’ve learned a lot along the way. When I create songs, it always starts with one or two lines that pop in my mind. If I don’t forget it, I feel like it’s good enough to make a song out of it. I’m a very lyrical person. I like listening to songs that have lines that stick with you. I’m big on creating those kinds of moments. With this song in particular, the line I started with was ‘What good is love if …’ that line kept coming back to me so I made the beat and from there, I loved the song. It’s maybe my favorite song that I’ve created. I’m a person who says everything I feel in the moment I feel it, and this song basically says that if you care for me and love me, then you should say that now. Don’t wait forever to say it. Tomorrow may not come, so let’s love today.”

When it comes to love, Barryle is no stranger to its ups and downs. He credits his wife, Nala as his muse and the one person who has not only stood beside him while he chased this dream of being a professional musician, but lifted him up in times when he doubted himself.

“Valentine’s Day weekend of 2016 is a good example of that,” he said. “We were approaching our first Valentine’s Day as a married couple. I had finished recording my first full self-produced album ‘Jean, DeAnna, B.Major’ on my birthday on Feb. 8, and Valentine’s Day was the following Sunday. I only had a little more than $100 to my name, and I was trying to think of things we could do for Valentine’s Day that would have meaning but wouldn’t cost as much because I wasn’t going to get paid for another 12 days. I went to our bedroom to tell her that the album was done and she said, ‘Good. There’s a guy on Facebook printing 100 CDs for $100. You should get some.’ I let her know why I thought I should wait and she fought me until I gave in and called the guy. We went and picked up the CDs on Valentine’s Day weekend, stuffed CDs and inserts into sleeves and went to barbershops and hair salons singing with my guitar. We sold well over those 100 CDs that we ordered and had to print more. We ended our weekend on Valentine’s Day and I asked Nala – with a replenished bank account – ‘What do you want to do for Valentine’s Day?’ She immediately pointed me to an open mic and we spent the day working together to reach this goal. From that open mic, I met a great friend who sent me to a gig in his place because he couldn’t make it, and from that moment forward, my career hasn’t slowed down. Nala has become my music and I’m amazed daily by her. Every time I attempt to slip back into being the insecure person I used to be, she reminds me of who I am. She just completes my puzzle.”

It’s stories like that – deeply emotional but also relational – that find their way into Barryle’s songs time and time again. He has a big archive of music that he’s created over the past five years, and he’s set to release a new single every Friday from now until the end of the year.

To listen to his music or to follow him on social media, please visit:

TeoTheGoat – “Even If I Die”

It’s about time the Grammys got this category ri