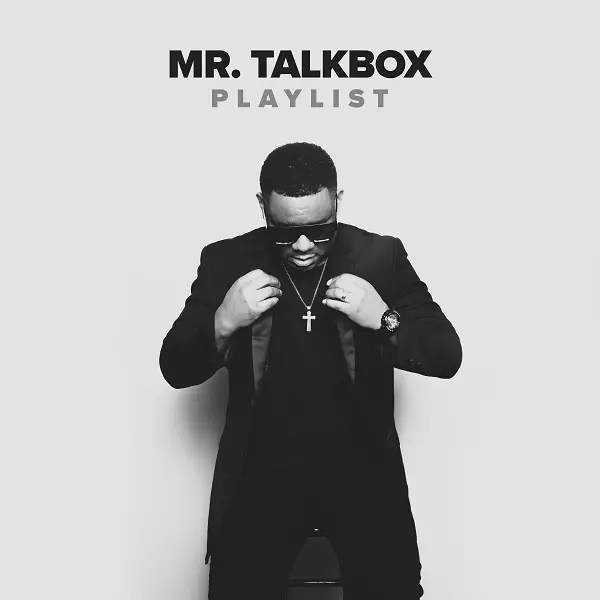 NASHVILLE, TN – It’s time to start paying attention to the artist you don’t know you know. You’ve been listening to him for years … you just didn’t realize you knew it was him.

His name is Mr. Talkbox and he’s been featured on some of the biggest singles in history. Take Bruno Mars’ “24K Magic” – Mr. Talkbox performed the iconic intro to the song. It’s a song that has been streamed more than a billion times. There’s also Kendrick Lamar’s “Loyalty” featuring Rhianna, or the Cardi B/Bruno Mars collaboration “Please Me,” or T-Pain’s “May I.” The list goes on and on. He’s worked with contemporary Christian artists like Toby Mac, Cece Winans and Andy Mineo. He’s worked with Jazz & Funk Greats like Nathan East & Bootsy Collins. He has Grammy awards and Dove awards and has been on global tours with the biggest names in music. And yet he has flown under the radar for far too long.

All that is about to change with his new album “Playlist,” set to debut on Sept. 25. The 15-song project takes a three-prong approach to displaying Mr. Talkbox’s unique sound and style, with three separate playlists showcasing his highly original music.

“This album embodies all the vibes you feel on the weekend,” Mr. Talkbox said. “Friday’s Playlist is the post-work dance break that we all need. Saturday’s Playlist has the R&B and Hip Hop tracks that make you wanna cruise with the top down. While Sunday’s Playlist takes you to a hip church service that encourages the soul. It’s an album that’ll make you want to dance a bit but also feed your soul, and the way we do it with the Talkbox is pretty cool.”

Pre-orders for the album will begin on Aug. 28 and run throughout the course of the next month. Not only is the project one that will put the Talkbox instrument on full display, as well as showcase his mastery of that sound, but it’s also an album that will feature a wide range of other well-known artists. Included on “Playlist” will be features from: T-Pain, Andy Mineo, BJ the Chicago Kid, Avery*Sunshine, PJ Morton of Maroon 5, J Moss, Shirley Murdock of the original Roger and Zapp, John Cooper of Skillet, Cory Wong guitarist from Vulfpeck , Mono Neon who was the last bass player for Prince, Shelby 5, and his own family members who are recording artists in their own right – his mother, Sharon Chambers, and his daughter and son Yaubryon and Lil Byron.

The debut single from the album is already available for people to listen to. It’s called “Hold on Change is Coming” featuring Shelby 5. It is a remake of the award winning Sounds of Blackness featuring the Legendary Late Great Roger Troutman. Shelby 5 uses their pop styling to partner with Mr. Talkbox to pay homage to Roger Troutman who is perhaps best known for his work with Tupac and Dr. Dre on the song “California Love.”

“I have hit songs in every genre and I want ‘Playlist’ to mirror that,” Mr. Talkbox said. “My career has been built on this instrument, and I’ve been fortunate to appear on so many artists’ records. I’ve won Grammys and Dove awards and toured with the biggest names in the industry, but I’m still the artist that you don’t know you know. You’ve been listening to me but you didn’t know it was me. This album will change that for sure.”

To listen to Mr. Talkbox’s music or to follow him on social media, please visit:

“Hold On Change Is Coming”

ShaiVA is one of the most promising artists out of Virginia. His new EP, “Earth Is Hell,” has been making