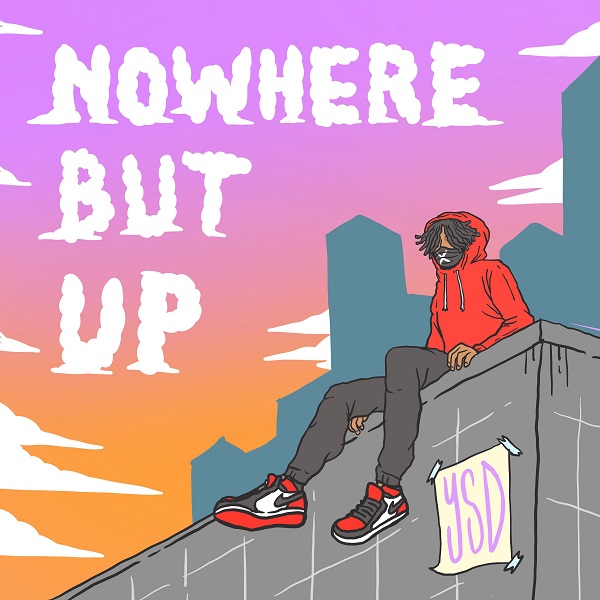 GAINESVILLE, FL – While some other rappers are content to just find a nice beat and do their thing to it, YSD is a genuine storyteller who speaks the truth. A young artist who made the decision to pursue his music career in spite of obstacles, YSD kept rapping through life’s challenges. Any listener who has been through challenges themselves will hear what YSD is saying. “I really like to take my time and put a message out there,” YSD said, “and if you are one of the real ones, you will get it.”

A versatile artist who blends Hip Hop with R&B melodies, YSD hits from many angles to deliver a mix of dope tones. All of his creations have a distinct vibe. While each song carries his signature sound, the vibe is different on every track.

For his first major project, YSD wanted to create something truly outstanding. His debut EP, titled “Nowhere But Up” has been in the works since October of last year.  Recorded at Century Studios in Jacksonville, Florida with AB’s help, the project was finally released on July 24 of this year.

Two standout tracks include the intro and the outro. The EP’s lead track “A.G.N.B.” talks about his feelings from a complex viewpoint. “It sounds good on the beat, and people who know me know that my music comes from a deeper place,” YSD said. “The way I put it on the beat, I put it on in a way that people can relate and still vibe to it.”

The last track, “Greatest Rapper You Don’t Know” is the representation of YSD as a person in song form. He is driven to showcase his abilities in the music game and strives to prove himself with steady projects over time.

YSD has also collaborated with several artists on various projects. YSD and the artist, Wavvy have made loads of music together, including the tracks “Bad Habits” and “Big Schemes” which were released by Wavvy.

Born and raised in Florida, the 23 year old YSD counts Lil Wayne and Tupac Shakur as some of his greatest musical influences. Seriously concentrating on his music career over the past year and a half, YSD has been working on his craft, perfecting his songwriting and honing his lyricism. A slow and steady rapper who still keeps a pace, YSD wants his music to speak for itself. “I will never put out trash.” he asserted. “It’s never low, it’s never dull. If you’re listening to it, you’re definitely gonna bounce to it.”

“Nowhere But Up” is just a little taste of what this hot new artist is capable of, and he promises that much more is on the way.

To listen to YSD’s music or to follow him on social media, please visit:

“Nowhere But Up” EP