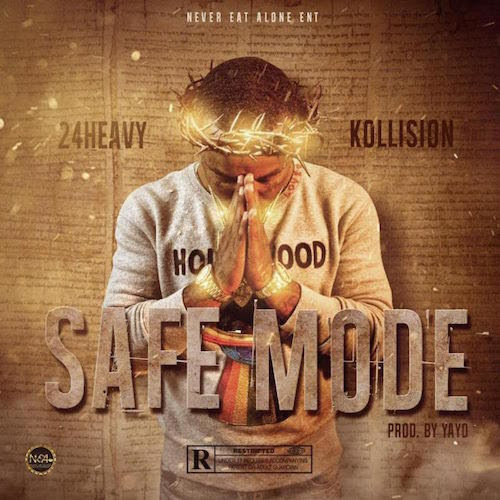 Rapper 24Heavy recently released the video for his song “Safe Mode” featuring Quality Control’s Kollision, which is taken from his mixtape Heavy World.

Now following a 6-year legal set back, 24Heavy is keeping the music coming with the release of his first mixtape entitled Heavy World.  Making moves under the umbrella of Atlanta’s rising independent label Never Eat Alone Entertainment, 24Heavy started building his buzz with the release of his single “Sacrifices” which started gaining traction in the streets of Atlanta.

Enter rapper 24Heavy who has watched the scenes in ATL change over the course of his life and was highly influenced by the Hip-Hop culture thriving in his back yard while growing up in West Side Vine City AKA the The Bluff.  24Heavy grew up hanging around YFN Lucci, Ralo, Joe Gifted, Young Scooter, Nick Grant, and 21 Savage as a youth and still remembers recording some of his early material over at YFN Lucci’s house.

The single features heavy 808s and trap drums and was inspired by personal life situations.

“My music word for word is what happened in my personal life,” 24Heavy said. “I would say I’m an artist who is able to express myself through my music and I share the pain and real life situations I’ve been through.