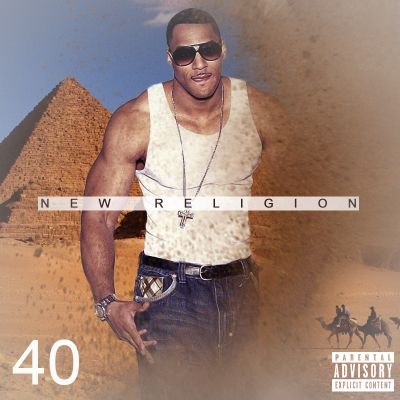 40, formerly known as 40. Cal Hammerz, is a native New Yorker born and raised in Brooklyn, spent most of his childhood in East New York and South Side Jamaica, Queens. Inspired by artists such as Wu-Tang and Ma Barker (his sister, formerly known as Shaqueen). 40 launched his career in the music industry with the debut of his first DJ mixtape at the age of 16. Within three years, he was recording with legendary rapper, Kool G Rap. He partnered with G Rap to form the group, 5 Family Click, which included his sister, Ma Barker and his cousin, Glory Warz. The union later led to the release of their album Click of Respect, solidifying 40’s career as a professional artist.

“A wise man can learn more from a dumb question than from a dumb man giving him the right answer.” ~40

Inspired and influenced by artists such as Eminem, Jay-Z, Tupac and Kool G Rap, 40 incorporates the same dedication that they have to their craft, diversity and the messages they relay through their lyrics to their audiences. Rick Ross stated, “Your music is hard, you’re like a young (Kool) G Rap” referring to 40’s work. His plan is to master his craft and give his audience a full spectrum of not only who he is, but what he stands for. 40 states, “I want people to know that rap is something I do, but Hip Hop is what I live and my music paints the picture of who I really am” in relating to his audience on an intimate level.

40 is currently working on an EP entitled The Blacklist: Vol.1 – Back 2 the Music. It will show more creativity, incorporating both classic and futuristic sounds while bridging the gap between the most artistic thoughts – creating the most musically defined picture. Kool G Rap claims “You’re a lyrical assassin.” Armed with motivation and determination, 40 has the confidence, tools and talent to take the music industry by storm.

40 is back….and has a new track out called “New Religion”. Check it out on Spotify.