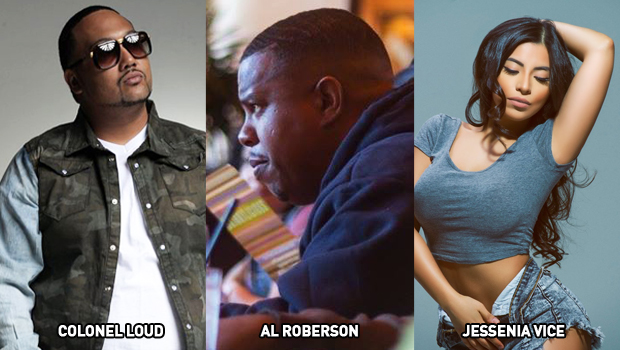 Seasoned entrepreneur and business executive, Al Roberson recently announced the launch of his record label and management company, 4th District LLC. With such companies like ” A. Roberson Trucking Shipping and Freight” and “The Southern Assassins”, a drag racing team under his management. It is somewhat exciting that Al Roberson significantly diversifies to set an entertainment house in 4th District LLC.

4th District LLC will be officially launched in Las Vegas in July 2017, at a release party, which will also serve as a platform to unveil the car for the Southern Assassin crew. The start of the entertainment house is as a result of Al Roberson chasing his dream and passing through different hurdles particularly after his release from a 8 year prison sentence.

Al Roberson was born in New Jersey and raised in North Carolina. After years of experience working different celebrities Al Roberson established 4th District LLC. with the aim of enhancing models, entertainers and artists to reach their highest potential in the industry.

Southern Assassins, on the other hand, is a brand that has stood the test of time and grown to become the most dominant Grudge race team in history. The Southern Assassins team has toured different race tracks, bringing all the bacon back to the house for their fans.

Al Roberson already has two young and talented acts Jessenia Vice signed under personal management and Colonel Loud signed to 4th District LLC. management, with the hope of signing even more young acts. The company is being established as a unique family to help groom entertainers and grow them into global figures.

Colonel Loud is one of the acts currently signed on to 4th District LLC. The American rapper that hails from Fort Lauderdale, but an Atlanta resident for 10 years before settling in to Goldsboro, N.C. Colonel Loud swapped the street life for the studio after years of balancing both hustles. His music revolves around the day-to-day struggles of the average person, something he prides himself on. “A lot of artists try to tell everybody else’s story to please other folks or create an image that’s not true to who they are. People see through that. I rap about what I know and that’s why people connect with me as an entertainer. I entertain people but it’s based on personal experiences; I spit the real.”

Colonel Loud possesses the ability to switch up his style, which he does so with expertise. Colonel currently has featured song with Lil Scrappy, Pastor Troy, Project Pat, Young Dolph, Cap 1, Rico Barrino, Zed Ziller, Mr. Hanky and more. Colonel Loud says “Wherever I go you’re gonna smell me and I don’t care who’s not with my movement. My motto is ‘haters make you greater’.”

Jessenia Vice, first seen winning a Kim Kardashians look alike contest on the Tyra Banks show in 2012, has since grown into her own brand: a super model and well rounded artist who has worked with A-list musicians like Trey Songz and 50 Cent in music videos which lead to TV Hosting for MUN2 & MTV3, and later her own radio show “Vice City,” breaking artists in NYC her adopted city.

After fallen victim of an abusive relationship and her two year hiatus , Jessenia has come back stronger than ever and her resume continues to grow while advocating the issue of domestic violence with charities, mentor groups and public speaking. Stepping back into the industry two years ago, Jessenia is an IMBD accredited actress that’s recently ventured into music and will be reintroducing her single “In Love With The DJ ” 2.0 Version, thanks to her personal manager Al Roberson.

Keep your eyes and ears open for more on the music side. She is now partnered with Univision and has a segment “Like A Boss” soon to be streaming on ThisIs50’s platform. She does it all! Its safe to say she is “Chasing Selena,” her idol who also has done it all before her death and served as a positive female figure in an industry over saturated with scandal.

Al Roberson will help to skyrocket the careers of these talents, but will show the entertainment industry the possibilities inherent in self-belief.

“Tu No Me Amas” By Toushai is Making Digital Waves