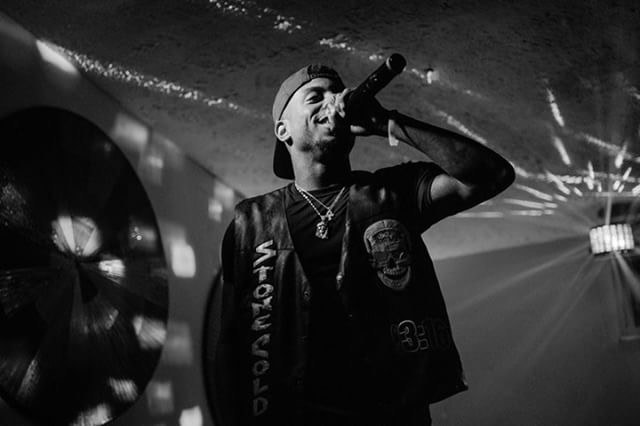 The date is September 21st and The Mint in LA is the scene of the latest stop on the Raw Thoughts Tour being headlined by Chris Webby with special guests R-Mean, Rook and Bloomfield Connecticut’s own ANoyd. Tent TV has waited 2 years to finally catch up with ANoyd. Upon introduction, ANoyd, born Dashorn Whitehead, states that he hates the traveling part of touring, being cramped up in a van and not eating right, but he loves being on that stage. This is what he signed up for as an artist and he takes it all in stride with the grace that only a true artist can. A quick birdbath, change of clothes and a fresh pair of Timbs aka Yimbos later, along with pre-show mood music from Jay-Z’s Reasonable Doubt and Dipset’s early joints like “Oh Boy,” “I Really Mean It” and “Hey Ma,” and he’s ready to step into his role. His love for performing shows as his energy is unparalleled, and completely in tune with his delivery, crowd control, and exquisite wordplay. He was born to do this. There is no plan B.

#BlameItOnJayZ the 1st track off of his latest project of the same name, blares through the speakers as ANoyd immediately captures the crowd and demands crowd participation on “Liquor Stains” and 20 minutes or so later he ends his set with his latest single “Bomb.” Another successful night on the Raw Thoughts Tour has come to an extraordinary climax. Prior to it all, Tent TV got the chance to pick the young upstarts brain about the greats that he studied while perfecting his craft, his BRGNDI movement, inspiring others with his music and why he feels he’s the best MC along with Kendrick and J. Cole. Check out the full interview below.