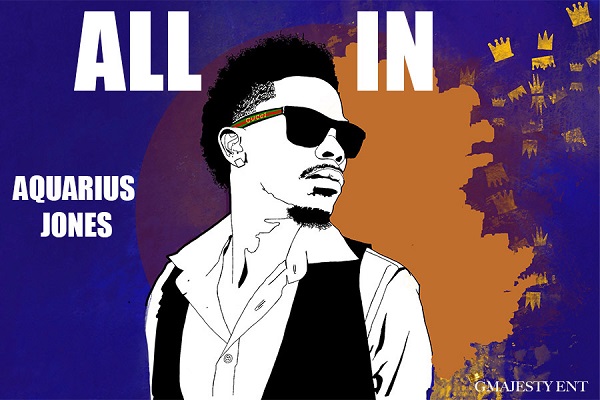 ARIZONA – Keeping it authentic and eccentric, Southwest Hip Hop artist, Aquarius Jones has been releasing a steady string of topnotch singles since last fall. In November, his song “All In” shared the struggles of launching a career, followed by the social media commentary of his second track, “IG.” Now, Aquarius keeps the pressure coming with his new single, “Party.”

An uptempo Hip Hop song with Pop and R&B flavor, “Party” was recorded at DigiLabs in Phoenix and released late last year. The new single has been a huge hit at the artist’s live gigs. At a recent show in Phoenix, Arizona, the artist and his music received a lot of love and support which keeps Aquarius going and excited about making music.

A naturally gifted songwriter, Aquarius works with three local beat makers. “When I hear the beat,” he said, “something automatically clicks to me.” When he heard the beat for the new single, he immediately shifted into Party Mode. Aquarius created a track which evokes the desire to groove and enjoy life. It’s a track that is suitable for play in any club.

Aquarius Jone’s manager, Gary Biscoe of Gmajesty Entertainment, developed the concept for the new music video for “Party” which was filmed at Exodus in Phoenix. Music video production is not without its challenges, but Gary and Aquarius were determined to make the video shoot happen. Last minute no shows forced them to take a different approach for the video shoot, and they were still able to create a video that mirrors the upbeat energy and celebratory style of the song.

Aquarius is grateful for the opportunity to make music and he sees his talent as a gift from God. He loves being able to write from the heart and express how he feels through his music. “I just love what music does to me as a person,” he said. Music helps him to relate to others and he is ready for the world to hear him.

Consistently moving forward, Aquarius and his team are already working on the next single which will be accompanied by a new music video. They are also working on Aquarius’ debut album, “All In.” Filled with energetic dance music with themes related to the everyday grind and hustle, the album should be released sometime later this year.

Music fans in Los Angeles will have the chance to check out Aquarius and his new aqua-rush blue hair at one of his live shows this month. Aquarius has performances scheduled for the 17th and 22nd of February. Judging by the live footage from last month’s shows (which can be viewed on the artist’s Instagram and YouTube channels), the upcoming shows are definitely worth looking into.

To listen to Aquarius Jones’s music or to follow him on social media, please visit:

Stunning Evidence Shows That ClickNContact.com Is Actually A Scam Running In Plain View