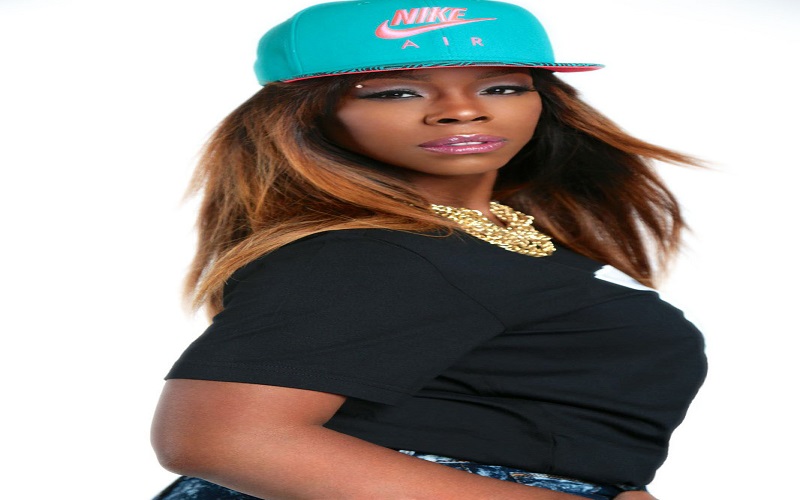 You may remember  Babs Bunny from Diddy’s MTV show,  Making The Band, after she beat out the competition to become a part of the winning group Da Band. Well, don’t sleep  because, since her departure from Bad Boy Records, Babs has been hard at work crafting her bars and also dedicating time to  her Queen Of The Ring battle circuit showcase for female Emcees. She’ also been in the lab cooking up a new project entitled “Gumbo.”  Her latest single “FYM” (Fuck You Mean) has caught some legs and features 3D Na’Tee. Tent TV caught up with the legendary artist as she shared some great insight into her character as an artist and what motivates her to keep creating music and outlets for other artists to shine.

Babs most people that follow mainstream Hip Hop may know you from Making The Band, but true fans know you as a dope lyricist and the mind behind Queen of the Ring. What was the transition of highs and lows like for you over the last few years until you found your place with QOTR?

It was hard leaving the Bad Boy label at first, I missed my team and working with Puff, that’s was my home base for a long time. Branching off into the independent lane , was definitely not as easy as it looks but it helped me really find what I wanted to do versus what the label wanted me to do.  Acutally, being independent helped me realize how much I wanted to help other artists.

The new single #FYM is a bar brigade fest between you and 3D NA’TEE how and why did the collabo with 3D come about for the track and what was the motivation behind it?

After I did the song I knew I wanted an artist to jump on the record. She was the 1st person that came to mind when I made up my mind that I wanted to put a female artist on the song. I’ve worked with Natee in the past and I always had mad love for her, I felt like it was time for us to go in again. I gave her a call, sent her the song and she sent me back some fire.

When can we expect a new full-length project and do you have a title for it yet?

My album will be out 1st quarter of 2017, I’m so excited with how this project is coming along! The name of the Album is “Gumbo.”

Are there any specific artists and producers you want to or are already working with on your new body of work?

A lot of people still refer to women as female Emcees, instead of just Emcees. What are some of the barriers that still exist for women in Hip Hop and what are you doing to tear down those stereotypes and false expectations?

Well, I am a Female Emcee and I don’t have an issue with being addressed as that at all. Women in any industry bring a different and sometimes better dynamic, so classifying your gender as part of your talent, in my opinion, is important because it helps explain some of the reasoning for your decsions. It’s always gonna be hard for females in any industry, Hillary Clinton is a great example of that smh. We as women have to boss up and open doors for other women and build platforms for other women like I have done. It is what it is.  We can’t wait for men to make us equal, we have to do it ourselves.

So how does it feel to give back to the culture with the biggest female battle rap company on the market?

It feels great! I love what I do, seeing these girls go hard in that ring is an amazing feeling. Seeing them make it to BET, and Sway In The Morning is an even better feeling This is what it all about to me. Opening doors for the next chick like me

How did the idea to create the QOTR brand come to fruition?

Queen Of The Ring is a spin-off of its male counterpart King of The Ring. There was no home for female battle rappers and my partners Vague, Debo and I decided it was time to create that home. With a small roster and a tiny ring in the BX we built that home.

What does Babs Bunny’s legacy look like now and in the future?

I wanna be known as the most selfless artist around. The chick from Brooklyn that was given a shot, that ultimately built a platform for females to shine forever. As a rapper and a boss. My legacy will resemble all my accomplishments.

Any last word that you want to leave the readers with?

I’m still here. New and improved. Bossed up and ready to win. My new music is fire and the wait on the album is over. “Gumbo” is coming soon and the new video will be out by Thanksgiving.

Tell the people where they can find you and your brands at on social media and online.