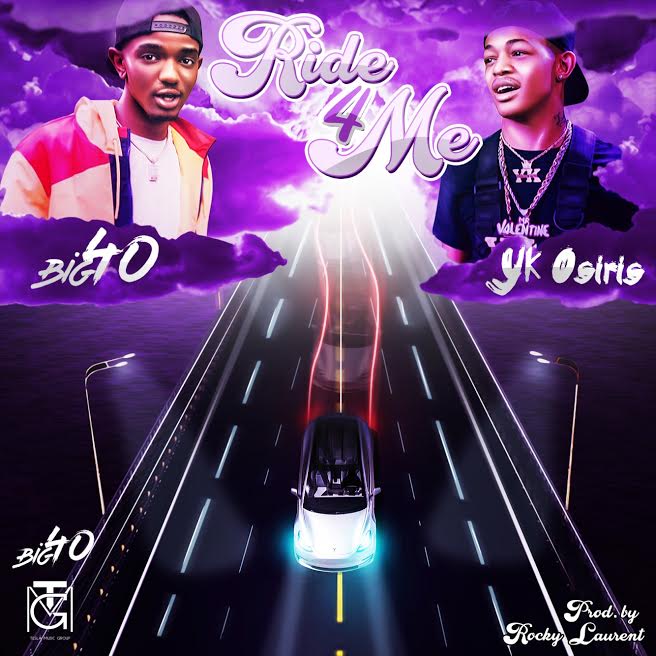 Recently rapper Big40 dropped his single “Motivation” to critical acclaim in the streets of Cleveland and now the rapper drops the follow up track “Ride 4 Me” which is also the title track to his album, dropping soon on available streaming platforms and including Pt.1 & Pt.2.

Despite the fact that “40” is in high school, this Midwest upstart was forced to grow up quickly after both his mother and father passed away tragically. Their loss inspired Big40 to pursue his career in Hip-Hop and has since become an artist to watch on the Cleveland scene.

“It started off as a freestyle game type of thing with my friends at school when I was younger. Then I started going home making actual songs, finding actual beats off YouTube. It took a minute for me to find my own sound, discover myself and take the music route serious.Once that happened I fell in love with it and now going harder than I ever did,” Big40 explained.

With an uncanny focus in the studio, Big40 doesn’t waste any time when he gets in the booth.

“I waste no time when it comes to making studio sessions to get songs done for projects. But it’s a whole different feeling when you step inside the booth and get into your own zone. There is really no process for me going in the booth really. I pull up and go hard as possible. I definitely love working on project after project, it’s like chapters of my life I put out to the public. Those who consume it we gone rock out, those who don’t, they eventually will,” a confident Big40 said.

With a big high school tour coming up around Cleveland and with Big40doing things for the kids to build a partnership with schools, there’s no telling how far Big40 can go with the youth behind him.

Motivation is the focus for Big40 going forward as he drops the 103Films directed video.

“My guy 103Films from Cleveland shot the video for us. It was my 2nd time shooting with him and the first time made me call him back. The 2nd time because his work was dope,” Big40 added.