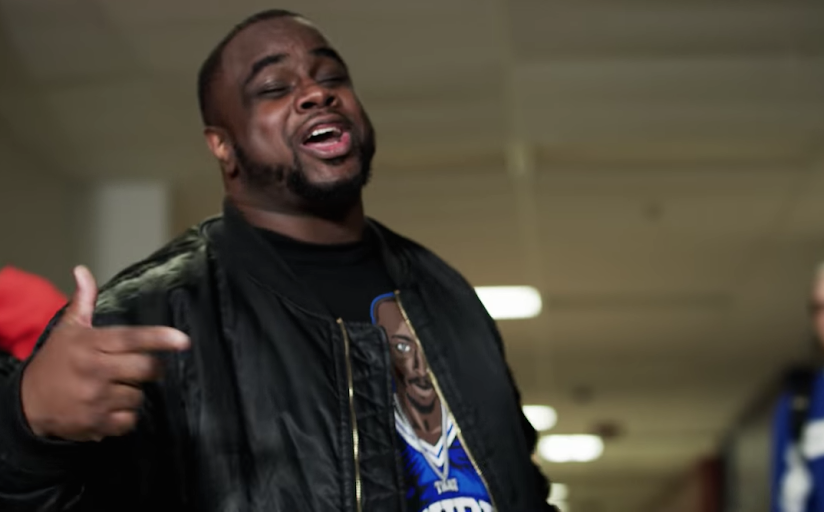 Born in Virginia but residing primarily in Lexington, KY for most of his life, rapper Big Zo has been slowly changing the face of Hip-Hop in Lexington for years. Now he’s back with a big new single, “Social Media Circus” as he delivers a visual that looks to highlight some of the stereotypes on social media in a unique way, offering his critique on the era of social media that we live in today.

In the Lance Meaux directed visual, Big Zo schools a group of young students, as the rapper proves he’s not scared to do what it takes to deliver his art and stand out from the crowd, literally dressing like a clown. For the visual Lance Meaux shot scenes in 5K with multiple Red Cameras using white and green screen work to draw from visuals filmed at a local school.

“The first single is called Social Media Circus,” Big Zo said. “It highlights stereotypes on social media and in a unique way challenges people to stop clowning around on the internet and spend time making real change in their lives.”

For the song Big Zo was able to link up with St Louis producer Demolish who has landed placements with Tech N9ne and E-40 to name a few, adding more depth to this already intriguing piece of content.

While many people might not think of Lexington, KY as the epicenter of Hip-Hop music, Big Zo has played his role in developing the Hip-Hop scene in Kentucky after he’s operated one of the longest standing studios in town.

“Lexington doesn’t just thrive off of one industry. The music scene is in it’s infancy phase and on the hip hop scene I am a pioneer. My studio, Fyre Entertainment LLC, is the longest standing and most successful Hip-Hop studio that this city has every seen,” Big Zo says with pride.

As the Spring and Summer approach, Big Zo has plans to tour after getting several paid gigs over the last few years at Lexi-Fest, The Black Gold Festival and the Lexington Music Awards show within Kentucky. 2018 will be a monumental year for Big Zo as he looks to expand beyond the borders of Kentucky touring and working with more artists who have similar goals.