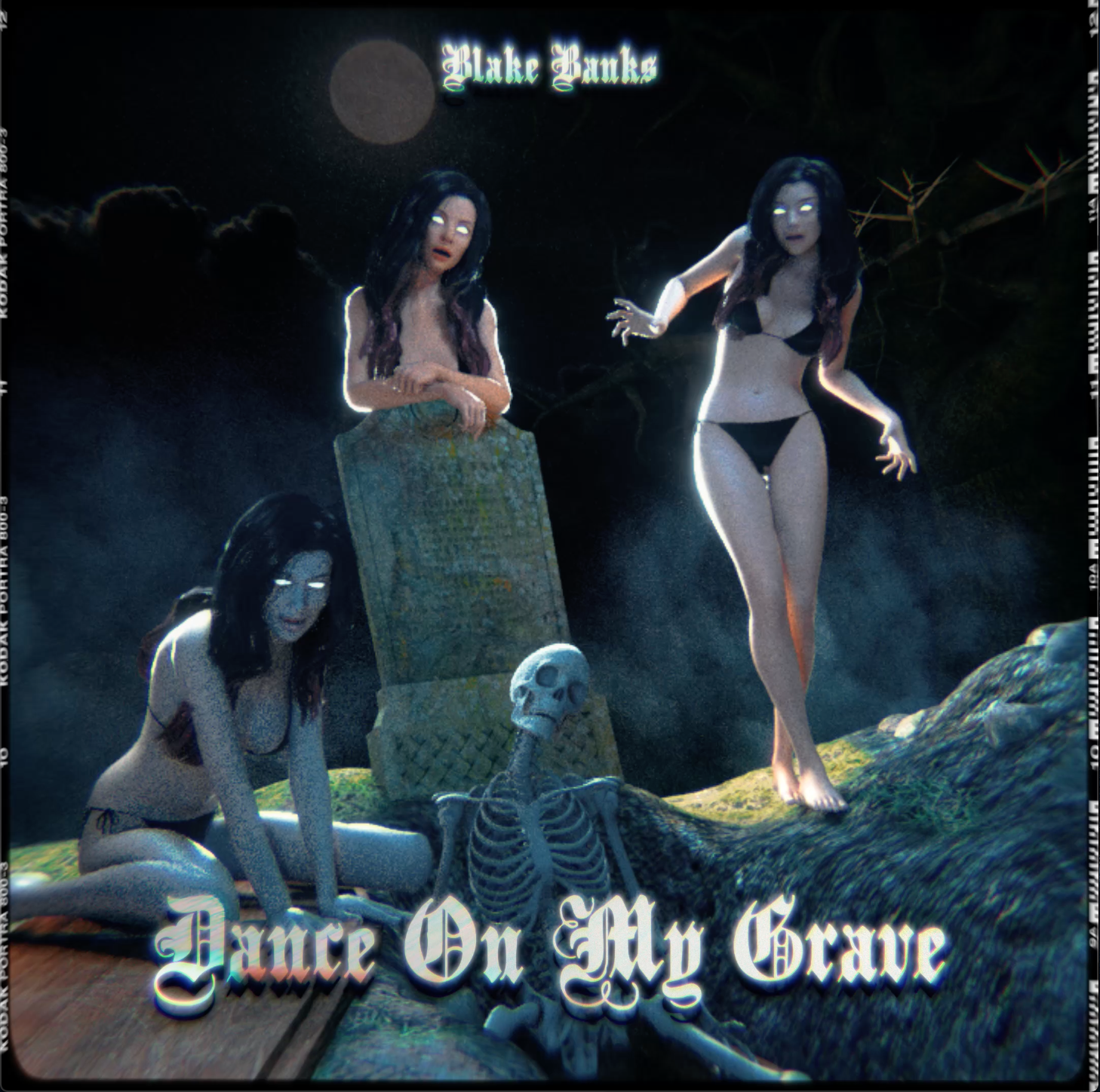 Recently rapper and musician Blake Banks released the dirty version of his infectious Top 40 friendly track, “Dance On My Grave.”   The track follows up Blake Banks lead single “Blue” taken from his upcoming project Risky Business, which is backed by his live band of the same title.  Bending the rules with his lyrical content, and melodic punchlines, this Los Angeles based artist has been carving out his own lane for several years on the L.A. scene having collaborated and toured with a host of artists including Post Malone and G-Eazy.

“I went all out on this track, this song will have you dance, shout, and damn near shake your body down to the ground.  I  have the video to follow it up, but its a little dirtier than my lead single Blue  – this is more of a sarcastic love song. I cleaned up the lyrics and made it radio friendly and just wanted to target top 40 music,” Blake Banks explained.  “My producer the Ambulance Factory found these 4 bar guitar loops and he hooked it up as I pieced together the lyrics for the song.”

To date Blake Banks is generating millions of streams with an eclectic sound that ranges from Hip-Hop to Pop, giving listeners a new sound with every release. This time, Blake Banks put together a band to accompany his new projectRisky Business to give the fans more great content. While he hasn’t released the full details about the members of his Risky Business band, more information is unfolding as Blake Banks hand feeds us each track off the album.

“I grew up in Illinois and I started making music around 12 years old, I was posting my music on forums and playing shows opening up for Atmosphere, Brother Ali, Wu-Tang solo artists and bunch of underground acts. By the time I was 18 years old I had linked up with G-Eazy and I started opening up for him. It was a great marketing tool to run our little circuit in the Midwest, but I eventually wanted to expand I moved out to LA,” Blake Banks explained.

Preparing for what will be his sixth official album release, Blake Banks has found that not listening to anyone else might be the key to his success instead following his own idea of what his music should sound like.

“I pumped out a whole project under my name Blake Banks and that was Shameless while I was collaborating with Post Malone – I’ve been fortunate to work with some really talented acts. Then I released the Bachelor Vol 1, The Bachelor Vol 2 and now I have Risky Business with a live band.  A lot of this game is consistency, so I learned just keep putting out the music, really taking time on my visuals. I’m kind of not listening to anyone else about my music and just doing me. I figured it out and I’ve been getting the best results this way,” Blake Banks explained.