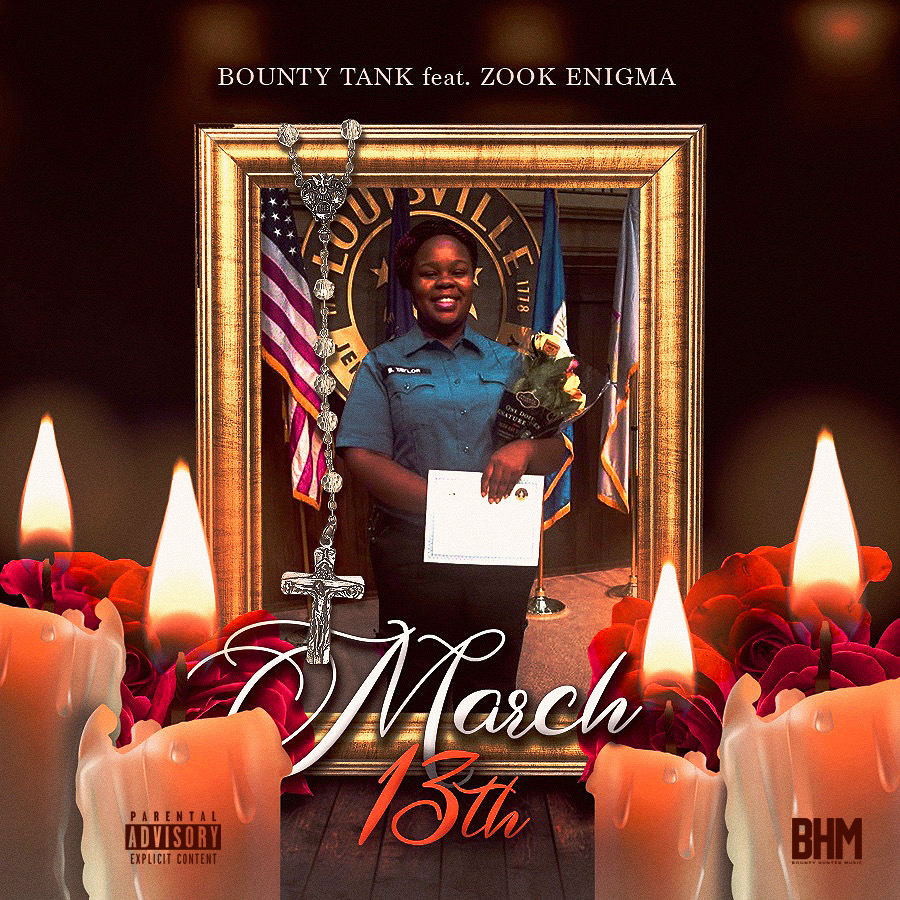 After the release of his compelling debut project, Skeleton, Ohio rapper Bounty Tank returns with “March 13.” An introspective track about the events surrounding Breonna Taylor’s crude death at the hands of Louisville Metro Police Department officers. It’s an ode to Breonna Taylor, with the emo-rap artist, an officer of the law himself as a bounty hunter expressing dismay at the incidents of March 13, 2020.

“I feel with the line of work that I’m in and being a black person, I needed to pass a message of disapproval against this brutality,” says Bounty Tank. “It’s important someone with a badge stands up and denounces this unlawful use of violence, particularly towards black people.”

Bounty’s delivery is unhurried as his gravelly voice, carefully flowing with the tempo of the melancholic synth-led beat. His sullen sound, slowly narrating the details: “shot eight times in her home.”

With this release, Bounty Tank expresses his disgust at the system and demands justice to be served. He also urges black people not to stand down, encouraging togetherness as a weapon to pull down the injustice exhibited by the police towards black people. Fellow rapper, Zook Enigma, helps add to the message with his verse hammering on the demand for justice.