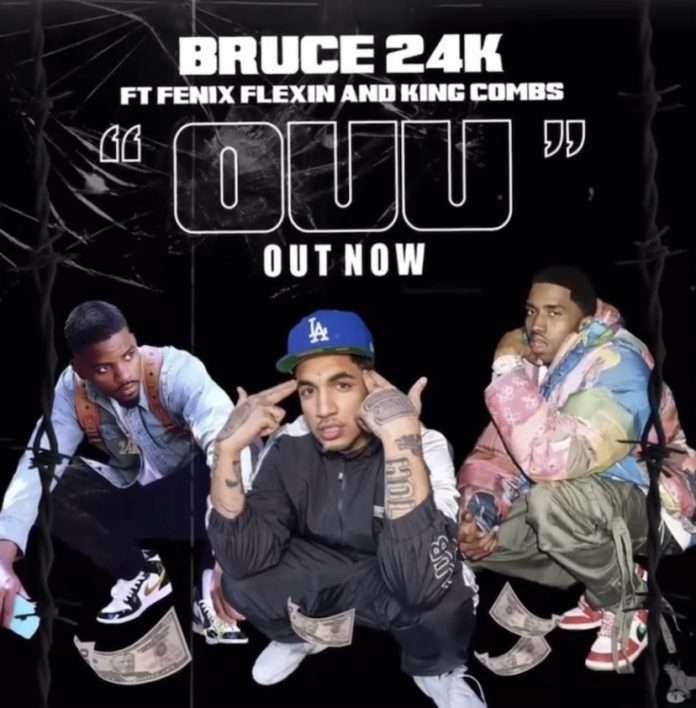 Bruce24k is kicking off the summer flex early with Fenix Flexin and King Combs for his latest banger “OUU.”

Capturing both the bouncy g-funk style of classic West Coast production and aggressive flexing of the new L.A. “OUU” is a fiery warning shot signaling Bruce24k’s imminent takeover. Between Fenix Flexin’s hard-hitting punchlines and King Combs slick bars, this track has something for everyone and proves Bruce24k’s versatility

Bruce24k began 2021 with his monster placement on Drakeo The Ruler’s post-prison hit “In My Rear” and also recently dropped his behemoth 20-track The Sauce Is In The Tea instrumental mixtape.

Indiana Artist Foreverbbyflex Turns Up On New ‘Waking Up’ Single