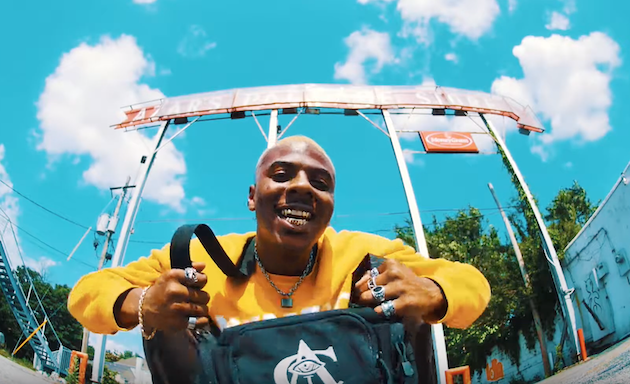 Today rapper  BrYlan Kerr releases his new music video for the song  “What I Want” (Death of Mumble Rap).
Known for his underground college party series dubbed $tudio No•37 featuring live Hip-Hop acts, fashion, graffiti and painters, BrYlan Kerr is a leader of the “ART IS CURRENCY” movement that’s gotten so much attention in Atlanta amongst artists, entertainers and Hip-Hop fans.
Believing wholeheartedly that, “you can and should do What You Want!”   BrYlan Kerr unleashes the visual for  “What I Want” which he directed and edited on his own.
“I got started by being inspired by the great artists that came before me. How free they expressed themselves which gave me the confidence to continue along my day when I was young,”  BrYlan Kerr said. “I wanted to give the youth the same feeling that these artists gave me and being around all of my friends, that’s how we related to each other…through music.”
Taking charge of his career, BrYlan Kerr has hosted, performed and modeled at all 47 of his events to date with over 100K people attending his showcases in total.  Combined with hosting the  Places + Faces Boiler Room event,  BrYlan Kerr aka AiC BrY is prepared to realize his dreams, which include directing short films and movies alongside making music.
Looking forward BrYlan Kerr has another  $tudio No•37 show planned on August 24th in Atlanta, Georgia where he will be continuing his ART IS CURRENCY movement. Living his creed:
“Many are born with eyes, few have VISION.”
“I just want my fans to keep God first and be ready to inspire each other, that’s how we keep creativity growing by inspiring each other to make even more dope content!”  BrYlan Kerr told fans in a statement to the press.