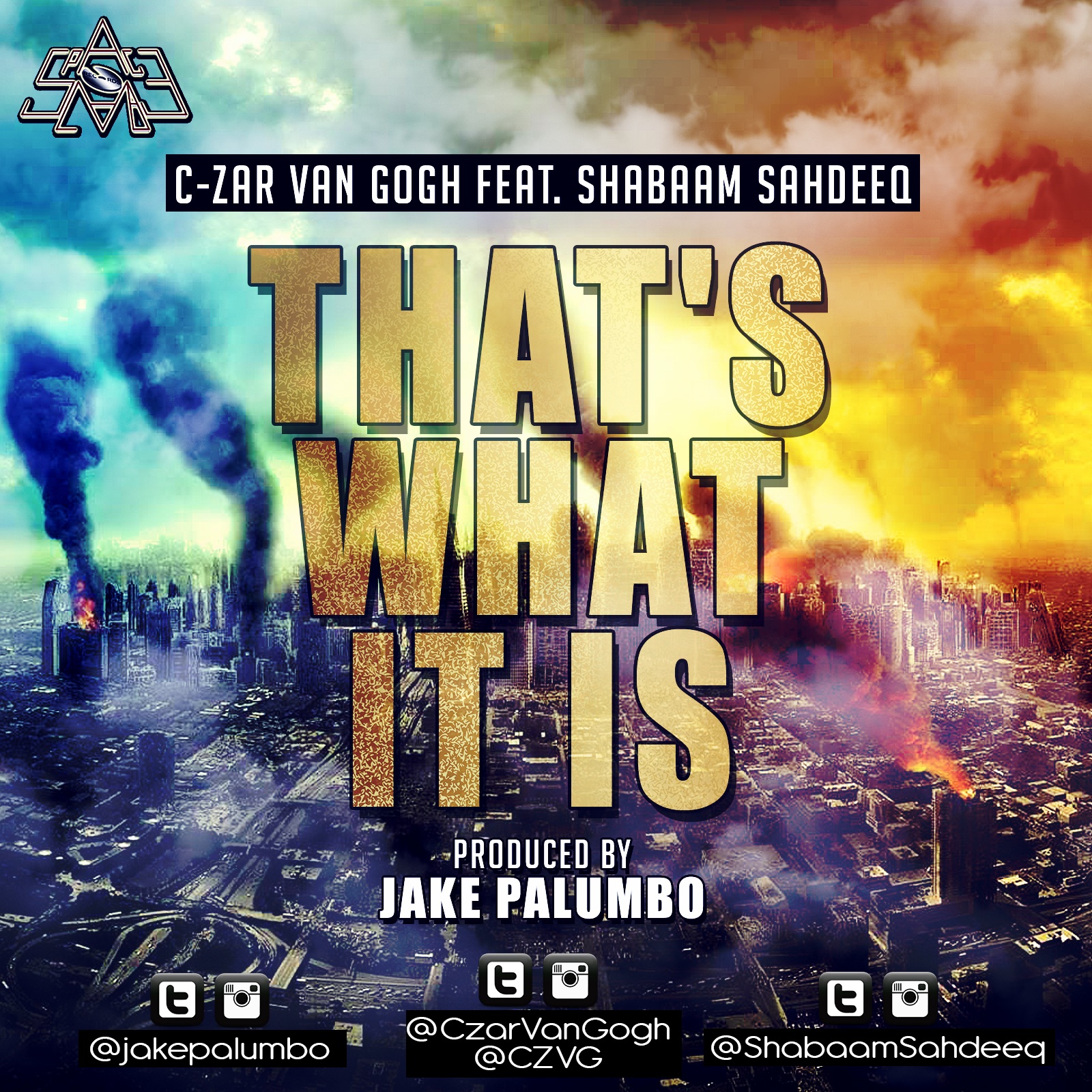 C-Zar Van Gogh’s “That’s What It Is” is a surprisingly upbeat & humorous commentary on the horrible state of the world today – injustice, politics, police corruption, war, reality television, shrinking attention spans, & every undesirable detail in between. For his first single back since his hiatus, the artist born Cedrick Blue calls in veteran emcee & Rawkus Records alumni Shabaam Sahdeeq to bless the 2nd verse with the sharp lyricism he’s revered for.

As with all the songs on Water: Drink or Swim, “That’s What It Is” is produced by SpaceLAB Recordings founder Jake Palumbo, who provides a sample-driven, horn-heavy, instrumental for the two thoughtful emcees to float over. As long time collaborators, C-Zar Van Gogh appeared on Jake Palumbo’s 2015 single & music video “Tuffalupagus.” Palumbo has also worked with Shabaam Sahdeeq previously, having mixed & mastered Shabaam’s 2014 Keepers Of The Lost Art LP, plus production work on the 2015 IV League compilation & Shabaam’s upcoming Timeless: Of The Collection LP.

Water: Drink or Swim is C-Zar Van Gogh’s 3rd full-length project, following 2013’s This Time Next Year (which featured a foreword written by Dr. Cornel West) & 2011’s Hood Stimulus Package. While Water is the artist’s 3rd official solo LP, it is far from his 3rd project. The prolific artist also released two mixtapes: Lay Up Lines (2014) & Good Writtens (2012), an EP of unreleased material This Time Last Month, plus A-1: History In The Baking, a collaborative mixtape with label-mate Ed Ward of Gotham Heights.

“That’s What It Is” will be available for purchase & streaming at iTunes, Amazon, Bandcamp, Spotify, Tidal, Apple Music, & all major digital outlets.