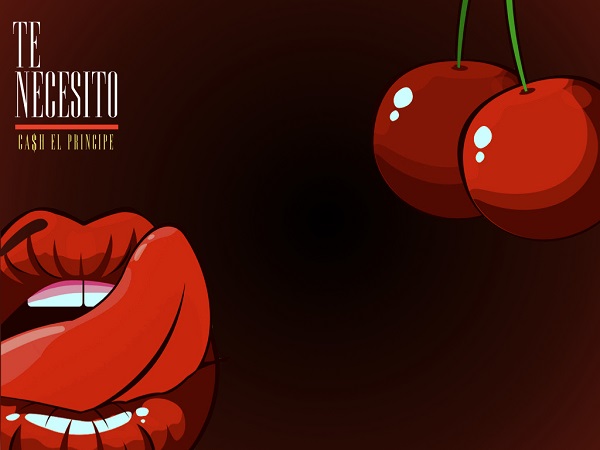 One of the pioneers of Reggaeton is continuing to make hit after hit every year, and his newest single “Te Necesito” is no exception.

Hailing from Riverside, California, notorious artist Ca$h El Principe who was born in Bronx, New York has been lighting up Reggaeton charts and the greater music industry for years. What started as an original sound that shook up the Latin genre in the mid-1990s has grown to become a global phenomenon, and the opportunities that have come from that one-of-a-kind genre-bending sound have been numerous. Ca$h has had his music played on TV shows – including “Sons of Anarchy,” “The Kardashians,” “Love N Hip-Hop,” “Burn Notice,” “CSI Miami,” “Bones,” “Dexter,” “Terriers,” “E! News Live,” “90210,” “Bad Girls Club,” and VH1’s new hit “Cartel Crew.” He’s also seen major success on the international market with daily downloads in countries such as France, the UK, Brazil, Greece, Spain, and of course the U.S.

His new single “Te Necesito” is set to continue that global success. Featuring Rikee We$t with whom Ca$h frequently collaborates, the upbeat Reggaeton vibe explores the lengths to which a guy will go to get the attention of a girl he likes. The song can be found on all digital streaming platforms, billboards and radio stations from West to East Coasts, with a new music video set to drop in mid-March. From there Ca$h will be starting his tour on Spring Break at the famous Club Iggy’s in Rosarito, Mexico then going Nationwide from Cali to Miami.

“I consider myself one of the pioneers of Reggaeton since I’ve been doing it since 1990 before it even came out as a genre,” Ca$h said. “It has come out bigger than I ever thought it was going to be and right now, the Latin market is huge. It’s a perfect time for me. I know what I’m good at and what I do, and I’ve done music for TV and film. I think this is my time and I have a lot of supporters who are behind me. I really feel like this song is the one to take me to that next level.”

More than anything, Ca$h said “Te Necesito” puts on full display his unique voice when it comes to melodies and arrangements. What starts as a unique writing style evolves into a unique vocal delivery, and when those things are paired with his signature Reggaeton vibe, the result is magic.

“My creativity and the tone of my voice are just different than anyone else out there,” he said. “At the end of the day, I hope my music is known for the messages I bring. I’m not just talking about drinks, cars and money. I want all my music to be positive and something that can soothe your ears – for all ages and races. Anybody can listen to it and enjoy it. I just want to bring something new to the world that can last for decades.”

Following “Te Necesito,” Ca$h said he’s planning on dropping another single called “No Mas” on June 1. It too, will feature Rikee We$t and will continue to display his mastery of Reggaeton.