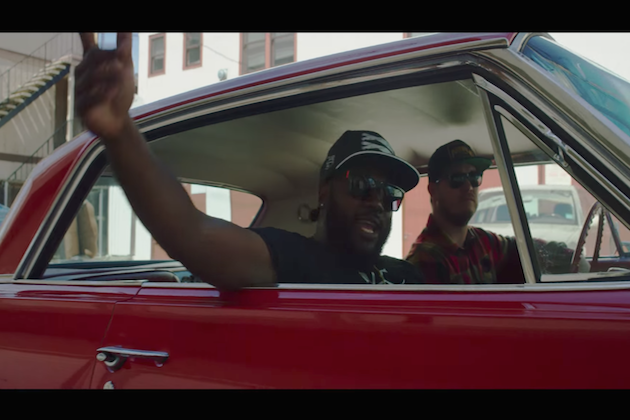 Having moved around as a youth with his family in the military Atlanta based rapper Caligula grew up with a different perspective on life. When you’ve lived several places by the time you’re a teenager, your views on the world have developed entirely different the average youth.

Taking that unusual scope on the world, Caligula has shaped his music with what he calls “hustle and grustle.” Ironically Caligula’s introduction to the rap game came from his step-father who gave him a batch instrumentals and a yellow legal pad.

“Virginia is where my love for music began. He told me to write down my thoughts and feelings and that’s when my rap life started,” Caligula recalled. “Now my goal is to spread my name and my music further while making everyone a fan of Caligula aka Eskimo Summers”

That passion for music eventually got him signed to super producer Danja’s N.A.R.S. label, where he earned a placement on the highly coveted Complex just a few years back. Since then Caligula has been perfecting his craft, even branching out with freestyles on his mixtape Free Stylez 4 Hosted By DJ Des.

“The first single off of the project is called Stay Active. In the song I talk about exactly what it takes to make it in today’s society. You gotta grustle. Grind plus hustle equals grustle. No matter what you do whether it’s waking up and going to work everyday, taking care of your family, running your own business or pursuing your dream, you have to stay active,” Caligula explained.

For the Media Revere directed video Caligula is joined by Young Quicks and J Henry from Oxnard, California giving their fresh perspective on staying active. In addition to the video there is a behind the scenes visual that gives fans a perspective on making the video.

Going forward Caligula plans to keep with the current program of staying active as he’s been booked for several shows across the country in the coming months. He also has a project called The Liggy Experience which has been building with anticipation since he announced the project to fans recently.

“I have shows coming up in California as well as Denver, Colorado at the end of August, I also have shows coming up in Atlanta in September and October,” he said. “I have a lot more shows that are in the works right but we are just confirming the details now, so I will keep the fans updated as I get more dates via my social media sites.”