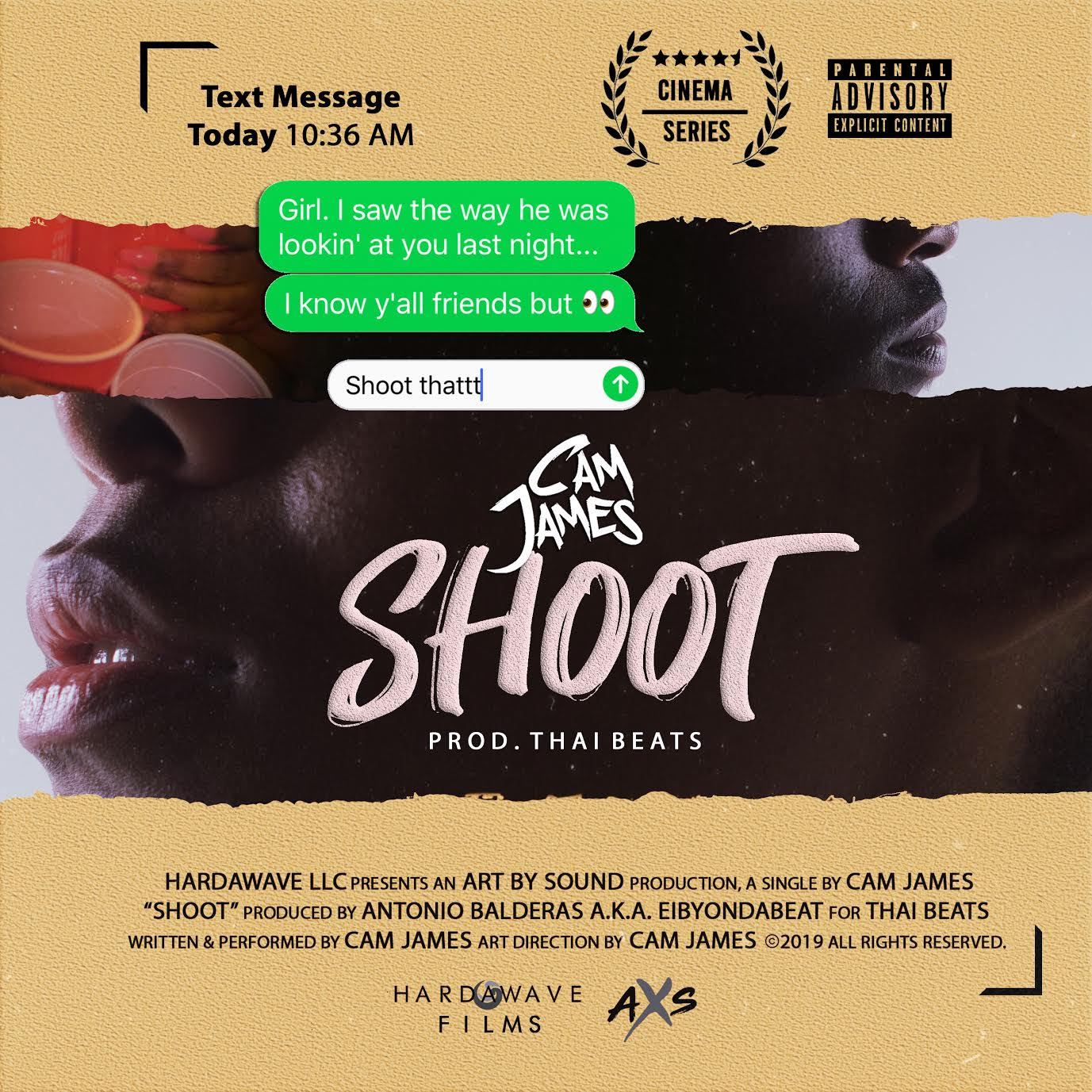 Today rapper Cam James releases his new single “Shoot” which is an infectious Summer anthem pushing women to make the first move and shoot their shot.

Rising from dorm rooms to major stages, culminating in selections for some of the largest national music festivals in the late 2010s (A3C ’16, SXSW ’17), Cam James has made great strides in a short period of time.

“It’s a story from beginning to end,” Cam James said. “We’re capturing listeners from the jump and giving them a ride through the song’s super-relatable party scenario.”

With a bouncy, soul-tinged backdrop produced by THAIBEATS and an accompanying self-directed music video inspired by the 2001 Black cinema classic Brown Sugar, this is a track that’ll get stuck in your head for weeks.

Influenced by Nas, OutKast and 90’s R&B and using that as a foundation to build his own sound 2011 at Georgia Tech, he started turning his spoken word pieces into raps. These rough and unpolished sessions became cohesive solo projects over the course of six years and five independent projects.

Following his first TV placement on BET’s Being Mary Jane in September 2017, he announced his independent sophomore album, leviTAPE.