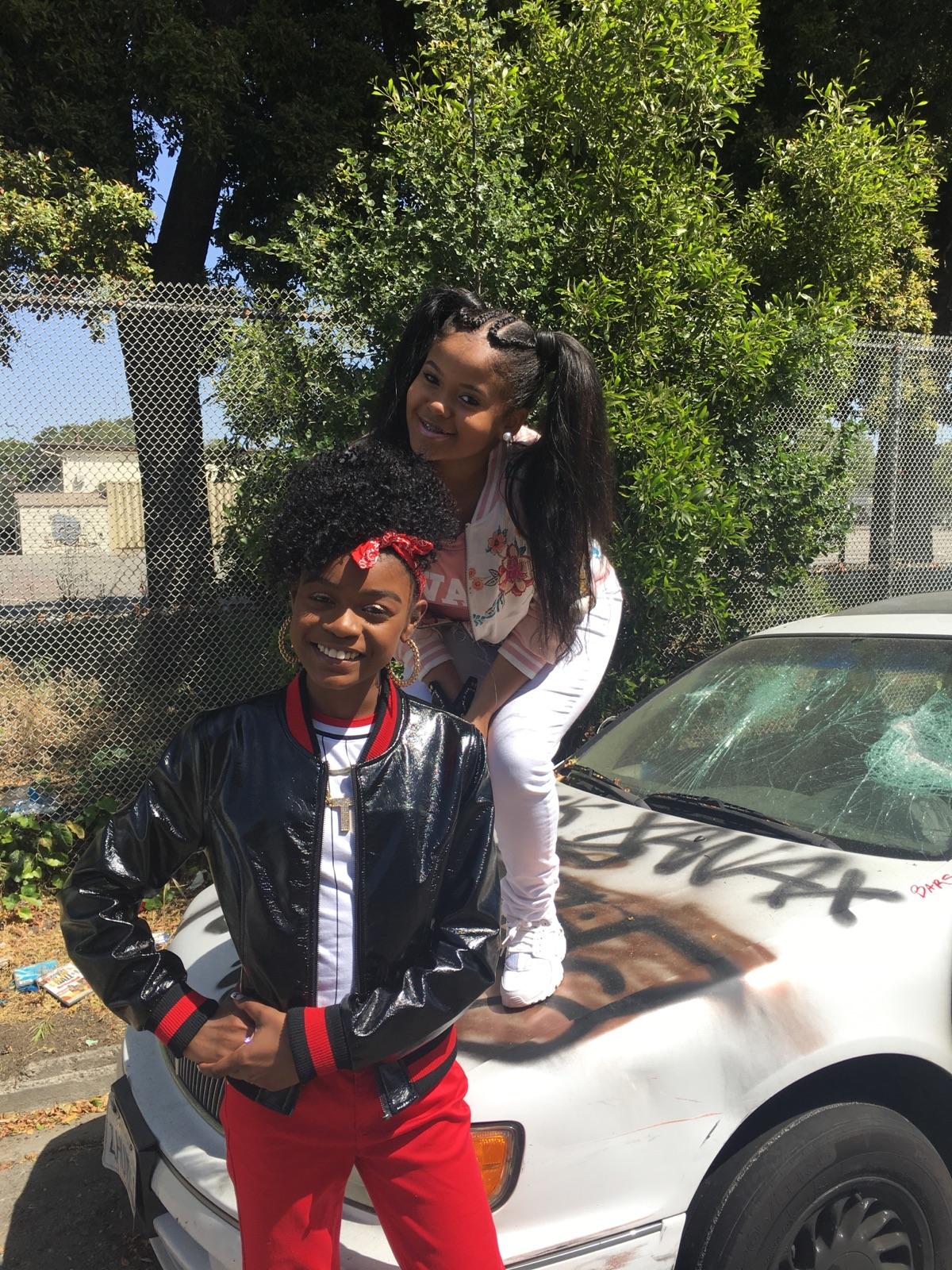 Emerging Bay Area femcee Chatty Tally tapped The Rap Game’s female standout Nia Kay recently for her latest visual release, “Barz.” The two go toe to toe in a rap battle of sorts; albeit a friendly one, each attempting to showcase themself as having the better rhyming skills.

The video was shot in Oakland after Chatty flew Nia in to perform at her MeMonster Launch Party alongside special guest, Kida the Great, the winner of  Fox’s “So You Think You Can Dance.” Also appearing were BMikeRob, B. Bandz, The Curl Sisters and Tyeler Reign.

Chatty Tally released her debut music video “Havin Fun” in June 2014. She has since released the singles and videos for “Dreams” and “Let’s Party” featuring The MeMonsters aka her brothers and sister. She has performed live at a number of festivals and events and even released her first of her own web series ,“The Chatty Tally Show” in August 2015. She is not just an entertainer, though, she is also a brand with 10% ownership in MeMonster TV, LLC. Tally has been releasing “The MeMonsters Learning Adventures” books, cartoon series and app for mobile devices since 2015. She’s also launched kids products that include back packs, watches, headphones and MeMonster Clothes. Education is so important to Tally that she that she is not just an honor roll student but helps mentor kids with disabilities. Tally was recognized by “The 8 Equality Film Festival” in Oakland, December 2014 for her role as a cancer patient in the web series “SomedaySHE”. 2017 saw the release of Tally’s very own film, “Switch.” The film can be seen on YouTube and MeMonsterTV.com