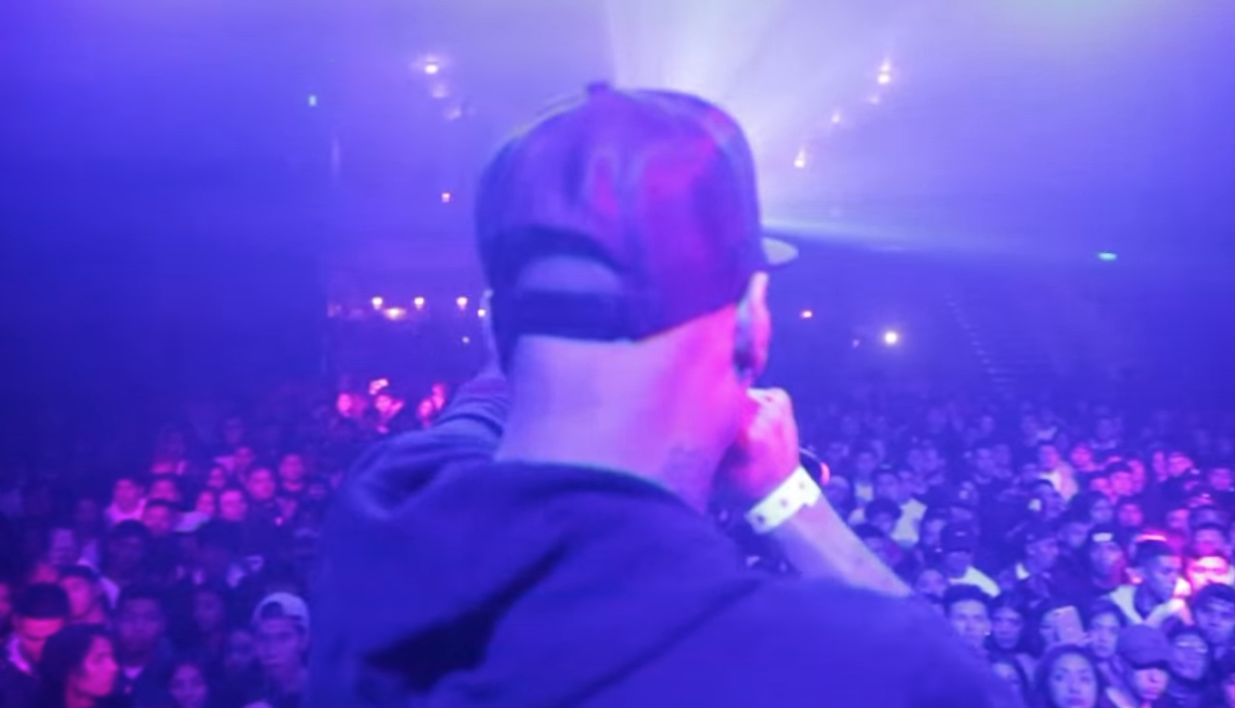 This past week Chef Sean performed to a sold out crowd at the jam packed Regency Theater in LA. Joining a bill that included Shoreline Mafia and Cali Stacks, Chef Sean got first dibs on a crowd that was lined up around the block for a raucous night of music.

From the start of the show, which was brought to fans by Soultronica with NoiseNTheHood, the crowd was lit. But it wasn’t until Chef Sean took the eager audience to new levels with his first few words that the crowd really got hype for the performances

“I don’t give a f**k about what other people doing, I’m a keep on doing me!” Sean said as the crowd went crazy.

Singing all of his lyrics back to him, Chef Sean did six songs, then he stopped to talk about his friend Fredo Santana, who just passed away last week in Chicago.

Chef Sean advised the audience to, “stay in control of what they put in their bodies, and that there’s a right way to have a good time.”

Chef finished his set with his song “I Don’t Want To Live Like This” then
he dropped the mic and walked off the stage in epic fashion.

Sean Chef got his start acting after he studied acting at Second City Theatre in Chicago. He would go on to make his feature film debut at age 12 in the MGM/Gramercy Pictures drama, Jason’s Lyric alongside Forrest Whitaker and Jada Pinkett Smith. Sean also starred in Teeth and Blood which came out just a year ago.

His credits also include acting in a Harpo Productions project, work with ABC and national advertising campaigns.
[youtube https://www.youtube.com/watch?v=htqMZeszUTI&w=640&h=360]