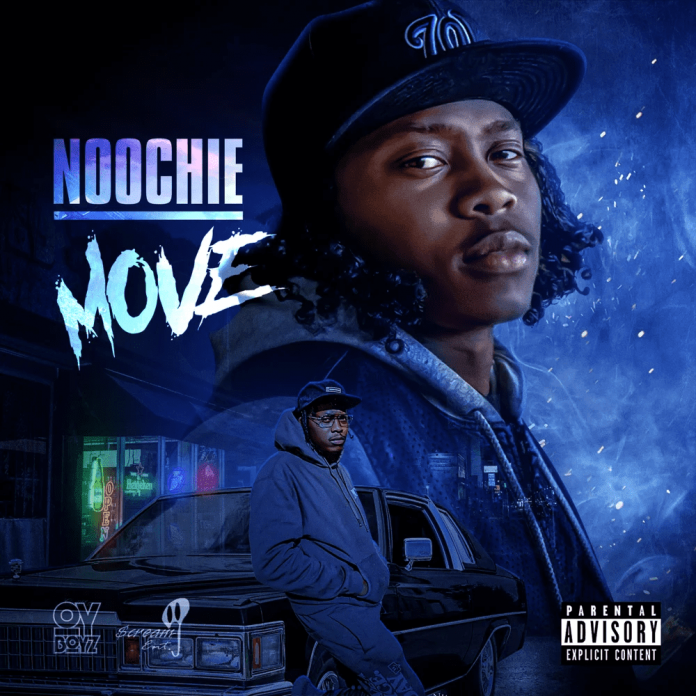 Noochie began releasing music at the age of 17 and first came to national attention with the release of his 2016 Bigga Rankin-hosted mixtape, “Product of the DMV” under OY Music Group/Empire. The mixtape produced the viral breakout single, “Gutta”, which XXL raved ‘bangs like a trap single but it’s very positive and should be listened to closely.’ This is very much in keeping with the Washington Post’s 2020 assessment of Noochie’s music which they described as ‘music that is both raw, street-level storytelling and something that you can imagine hearing on a sports commercial.’ This, in addition to his background as an audio engineer, is likely why Noochie’s name appears beside a roster of well-respected names like Rich Homie Quan, Grammy-winning producer Om’mas Keith, Jazze Pha and Drumma Boy.

All of that said, Noochie feels that his time has come. That sentiment was the impetus for his latest single. “Move” was inspired by the attitude I have right now towards the industry.” Noochie tells us. “Of course, Drumma Boy he made me way more turnt up. I feel like it’s my time and they got to make room for me.” Ending with….”So they need to move.”

“Move” comes to you courtesy of Scream Entertainment.