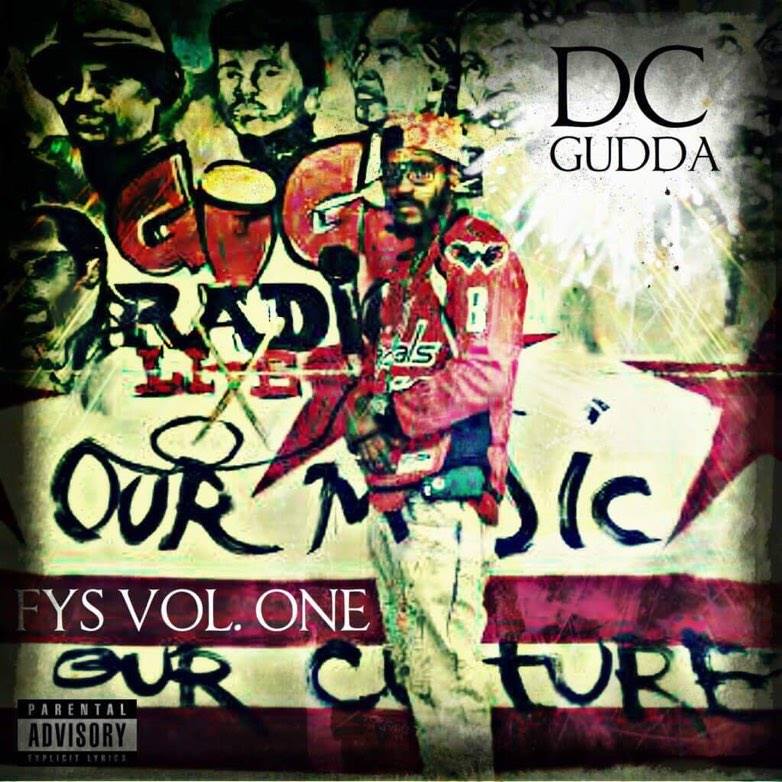 Born on July 4th 1989 prematurely, during the beginning of the “Crack Era”, Brandon Tolson bka DC Gudda emerges. AIDS took his mother at 8 years old. He and his older brother were raised by his grandmother. Not being as stable as she wanted, DC’s grandmother often sent him to live with other family until she got a place for them to call home. 6 months after moving into the new home his grandmother had a stroke/aneurysm. DC finds her unconscious with half her side blue. Needless to say times got even rougher from that point. His grandmother passed. He moved in with his cousin but was unable to stay, he didn’t get along with his father so then the streets now stepped in.

Run-ins with the law got DC a juvenile life sentence at Oak Hill (a youth lock-up). After doing a year at juvenile detention he was later shipped to Concordville, PA to finish the remaining 2 years of his stint. 1 year into the stint, DC got a phone call saying that his older brother had been murdered. Angry, lost and confused, DC to God to get revenge. Upon release decisions actions were made and carried out.

After years of reoccurring run ins with the law DC had to tread lightly. The lost of his brother took his soul away and he sought for refuge fueling revenge. This was all just the beginning.

DC Gudda returns with FYS Vol.1. Flow with a “G” as he brings new light and sight to industry beats that are some of his favorite originals. FYS Vol.1 shows you the diversity of DC Gudda and gives you a glimpse of his life through lyric and melody, raw and uncut.