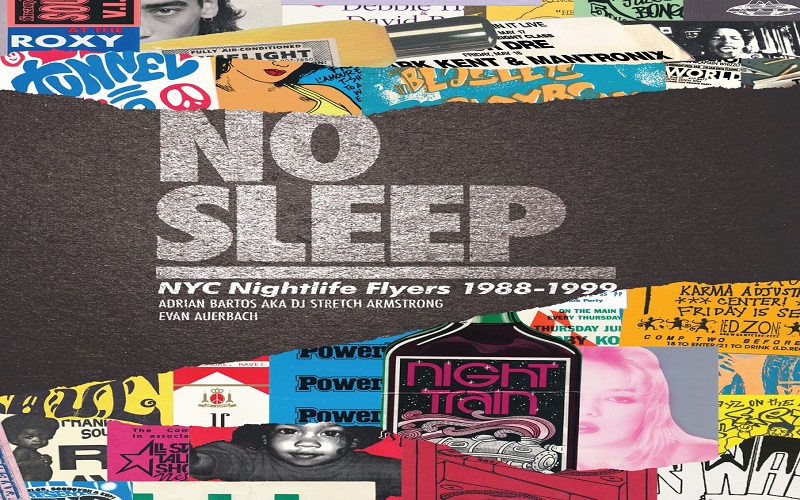 In the 80’s and 90’s New York was the home of the best nightlife. Clubs were plentiful and ranged from Hip Hop spots, dance music parties to deep underground and house music locales. One thing was synonymous with every venue, The Flyer. “Street Teams,” were bountiful and combed every strip of the city in an effort to shine the light on the latest venue, DJ and artists performances by posting flyers wherever they could. What started out being presented by hand to hand work in barbershops and outside of the clubs themselves, morphed into phone booths, buses, trains, light poles and the club bathrooms becoming some of the most trampled areas with the versatile pieces or art.

Paying homage to that golden era in book form is world renowned DJ Stretch Armstrong the co -creator of the “Stretch Armstrong & Bobbito Show,” which The Source magazine called “The Greatest Hip-Hop Radio Show of All Time,” and Hip Hop Historian, Evan Auerbach with a forward by Mark Ronson. Together they have created a collage of flyers directly from their own stash as well as from sources that lived in and made the era what it was. No Sleep: NYC Nightlife Flyers 1988-1990 is being published by powerHouse Books and is sure to be a heralded staple of a historic time in our culture that has since faded due to the powerful digital age.

No Sleep: NYC Nightlife Flyers 1988-1990 will be out December 6th and can be pre-ordered here.

From No Sleep by DJ Stretch Armstrong and Evan Auerbach, published by powerHouse Books.