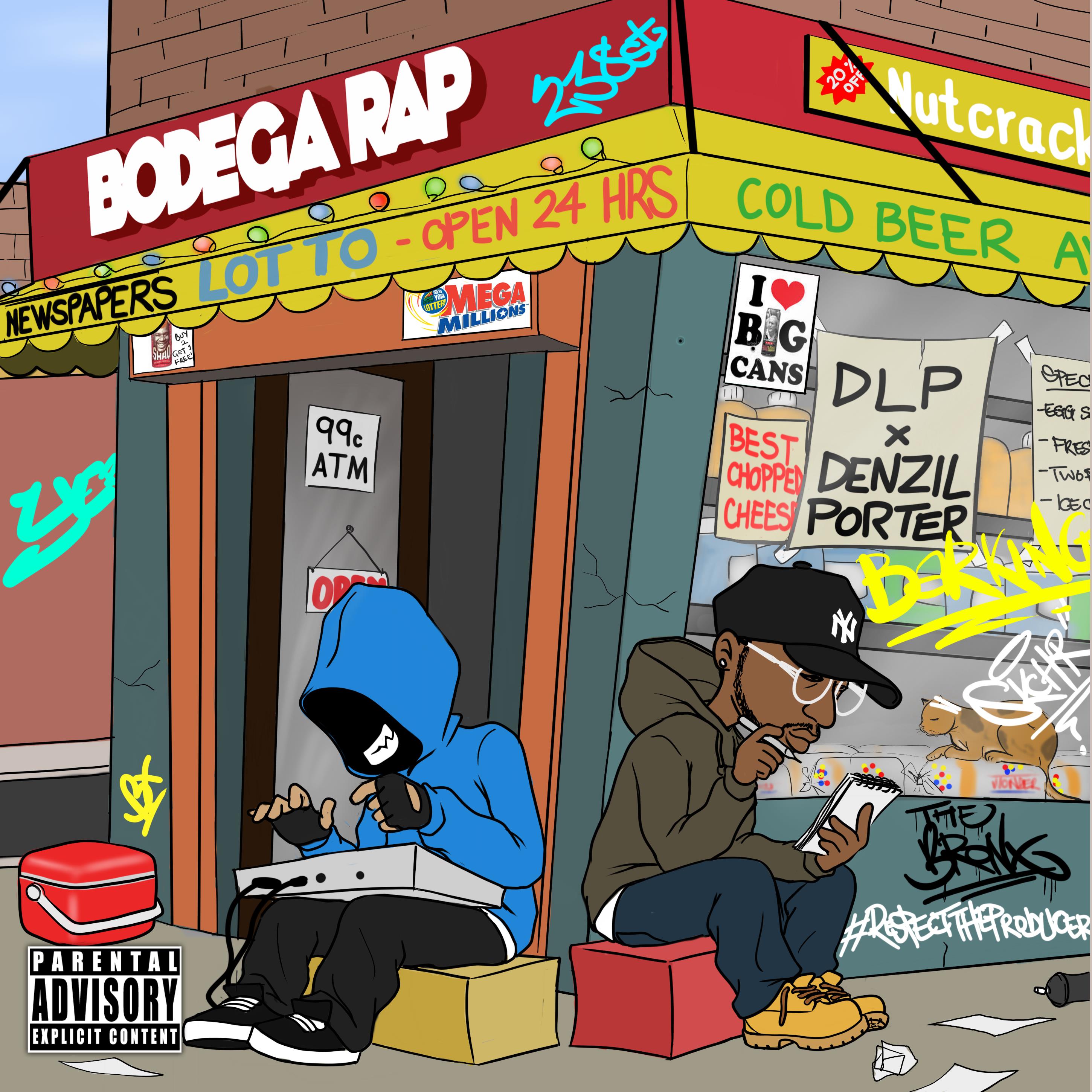 Producer DLP and Bronx lyricist Denzil Porter collaborate in their most recent project, Bodega Rap, which is an ode to the neighborhood bodega that people would all assemble in front of during the day.

“Bodega Rap is an ode to the corner stores that watched some of us grow up,” Denzil states on an Instagram post. “The Bodega is the place where a lot of us lived & died. if the bodega could speak, it could tell you the history of the neighborhood.”

On the 8-track EP, whose heavy basslines and beats wholly produced by DLP, Denzil serves a lot of heavy wordplay and in his words, “poetic brainfood”. Denzil pays tribute to late comedian Rasheed Thurmond, who has passed away on November 27, 2007.

The downside of the EP is that it’s super short, but it’s nothing short of greatness. Bodega Rap is out now on all digital music platforms, but you can check it out below on Spotify.