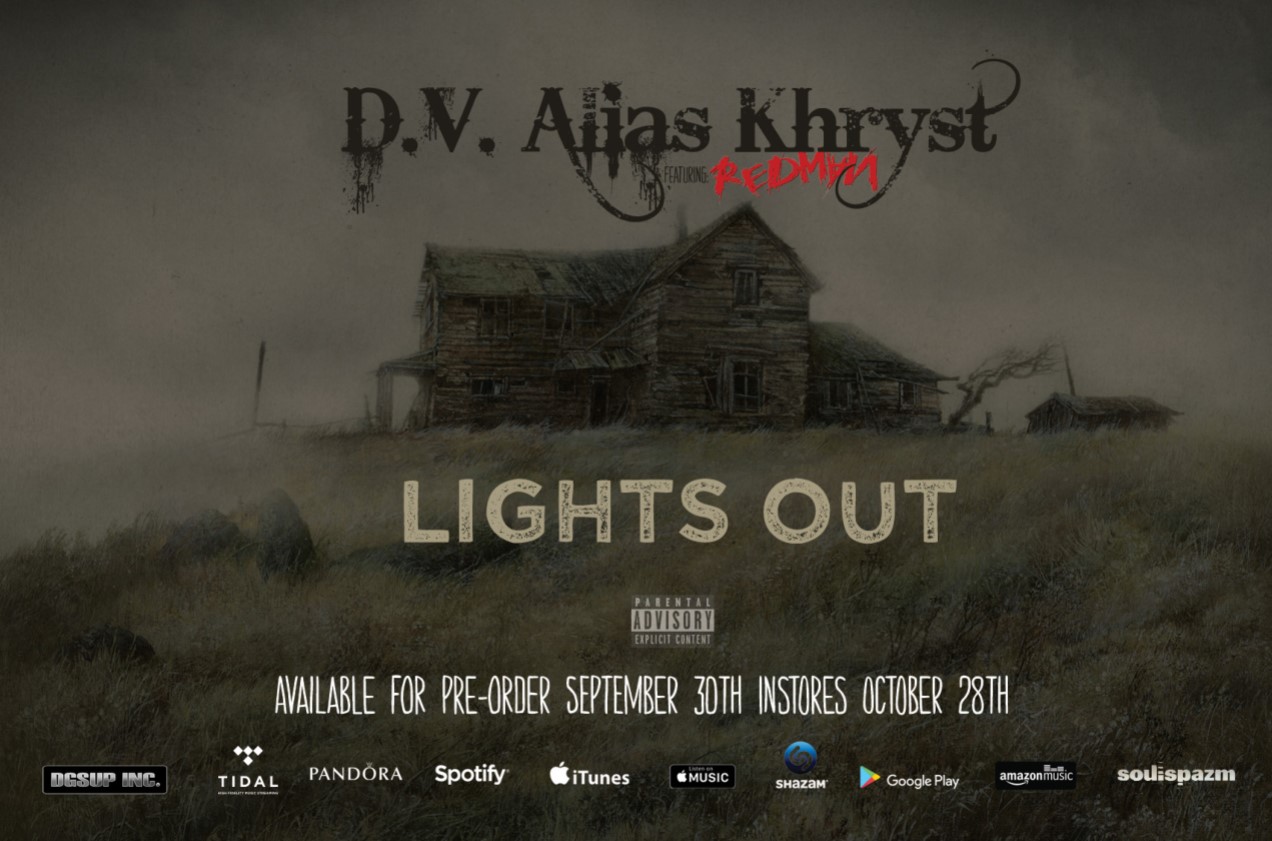 It’s been months in the making of the DV Alias KHRYST album, but with two decades under his belt of commercial music production and scraping together hard hitting beats, identifying lyrics for the people is a no- brainer to this Brooklyn native, who heavily weighs in on the “facts”.

The first single, “Lights Out” features veteran Jersey emcee Redman. The track was produced by multi-platinum duo Midi Mafia, who are responsible for hits such as 50 Cent’s “21 Questions” and has worked with artists such as Justin Bieber and many more.

“The album is purely motivated by pain,” says D.V. “Sometimes the pain brings out the best in an artist.”

The B Side, “Streets Don’t Love”, features West Coast lyrical monsters Ras Kass & Blu and produced by Science. The single releases everywhere both physical and digitally on October 28th but can be pre-ordered today at all digital music stores.