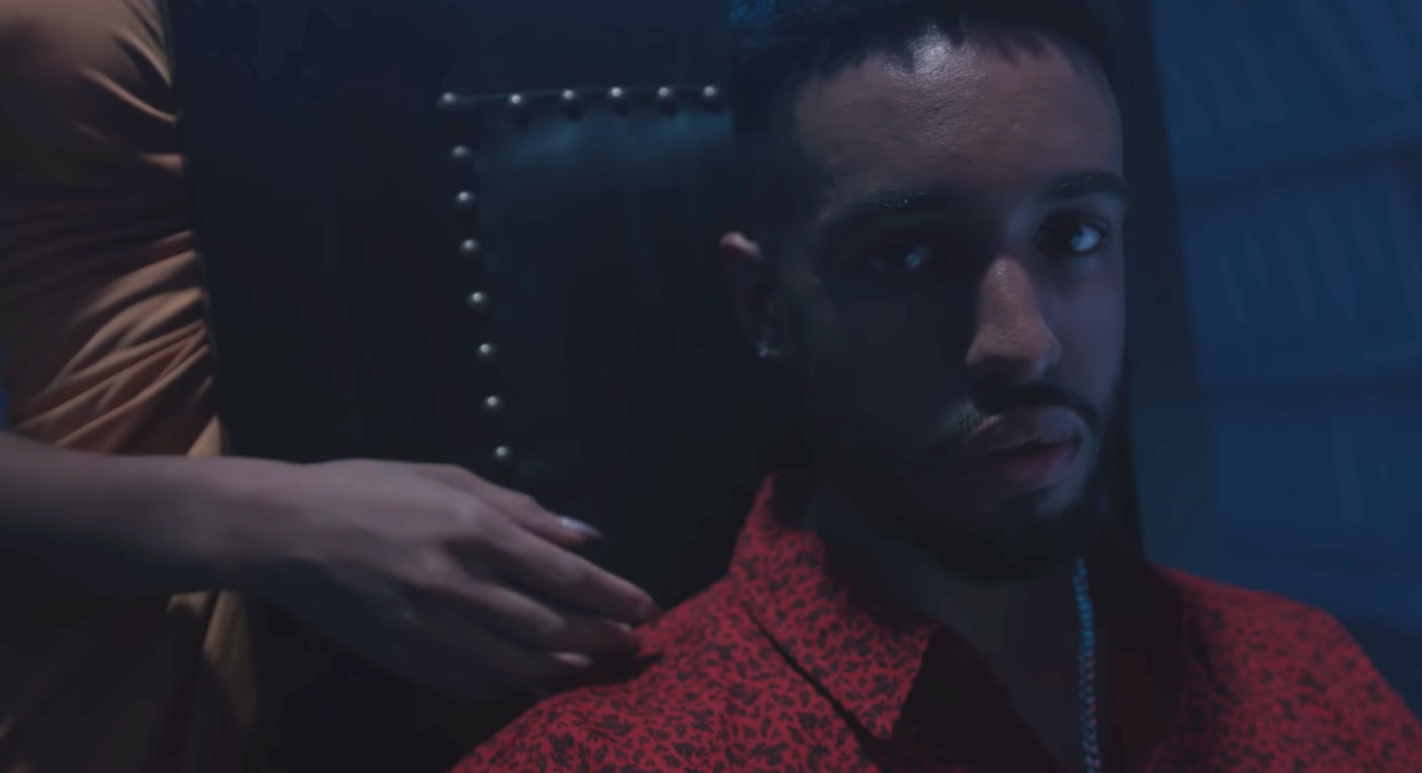 Beyond the lyrics that address his naysayers and doubters while he was risking it all living homeless, the track speaks to EMG’s musical journey after he abandoned his blue collar corporate life out East trading it in for dreams of musical success out West in L.A – even if it meant being homeless for a few months.

“I wanted this so bad that I lived in my car from September 2016 to March 2017 when I was in Boston.   I drove Uber 10 hours a day for 6 months so that I could start my label and so that I had time to do what I could do,” Evan said.  “It wasn’t just because I was broke, it was because I saw it as an opportunity for me to get out to LA. Depression is a real thing and when I was working at the bank I was unhappy. I would rather die trying to pursue my musical dreams than die slowly at that bank withering away.”

But EMG‘s musical journey is not some short-lived day dream. Evan started off at an early age composing music by the age of 5 and it was determined that he had a rare gift known as “relative pitch,” the ability to identify or re-create a given musical note by comparing it to what he was hearing.  From there EMG began learning music on a host of instruments from the piano to the bass guitar to the sax as he mastered the ability to use his musical gifts.

After high school EMG pursued a degree at the Berklee College of Music playing the sax, though it took time for Evan to find his way to singing R&B music. It actually wasn’t until the age of 20 that EMG began to really sing and write music lyrics as heard on the song, “Nice Voice.”

“Nice voice was kind of an ironic song because I went from playing jazzy really complex music to playing a 3-chord song in C-Major on guitar while singing,” EMG said. “But the song was like an autobiography in some respects. I did door to door sales for 10 months and had to change my voice to get sales and sound professional. But I did that in real life too in different situations, so it was just kind of a song that asks people to look deeper than the voice and superficial aspects of people’s physical appearance because they are not always what you think, the character in the song has some real dark sides to him.”

With the success of his album, All The Things That I Am last year,  EMG has been gearing up for the release of all new music culminating with his song “New Identity.”
“New Identity’ is a sarcastic song in the beginning because I’m using cliches about acting brand new and during the chorus I tell the people who were sleeping on me that I have triumphed through it all. With where I’m at now I don’t need the encouragement and props. I got 5 iPhones and I’m with my team pursuing my career on the West Coast living my life,” EMG said.

“With this current record now, my artistry is leaning towards storytelling. I like to take my experiences and put them in another character’s shoes and then I think about how my life experience translates to telling this story. I take a lot of pride in creating music and sometimes it takes a while. Sometimes I take 6 months in between songs but I’m getting quicker with the pen and really connecting with the fans with various stories.”

Coupled with the release of new music, EMG is continuing to release vlogs and behind the scenes footage via his YouTube page. This Fall he is also planning contests for fans as he gears up for a tour.