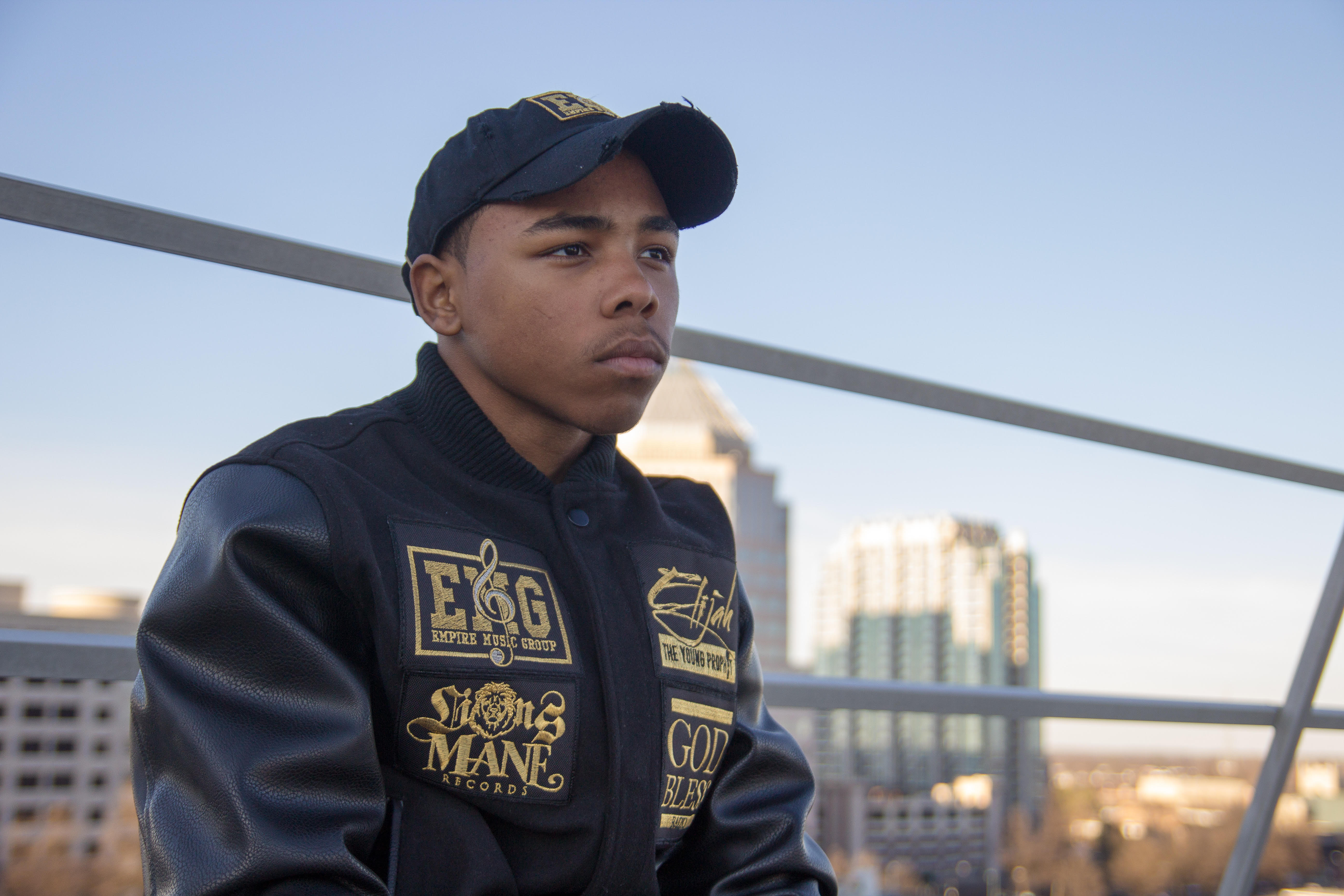 Meet Elijah Pacheco a 15 year old rap superstar that is ready to take the game by storm. Hailing from the south Bronx by way of North Carolina. Young Prophit is one artist that while he knows he must make his own way he makes sure pays respects to the greats. Young Prophit started doing music at the age of 6 while writing rhymes and doing covers of tracks by the legends. Prophit gives a lot of credit to his father who influenced him with the style of hip hop he listens to. First time he heard Jay Z he was I thrilled and knew he had to make rapping his life. Young Prophit feels he stands out because of his age and the content he’s putting out that’s based of traditional hip hop. His new mixtape “Empire Music Group presents Elijah The Young Prophit” is a great example of this young mans talent and where he’s headed. The rumors are he has Rockwilder producing most of his debut album along with production from Erick Sermon and The big homie co sign from Dj Kay Slay who has already played his nas is Like cover on Hot 97 and Xm radio.. be on the lookout for this up and coming artist “Elijah The Young Prophit”