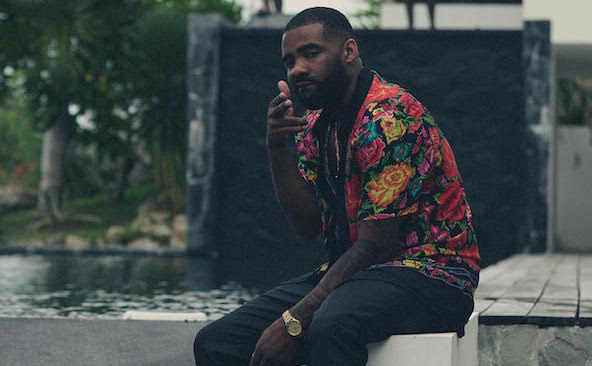 Today rising Texas rapper Erreon drops the visual to his song “Checkway ” from his upcoming EP Better Late Than Never.

While some Hip-Hop fans might not be familiar with the term, “checkway,” Erreon defines the word as, “living by a limitless mentality,” and he does just that in the visual.

Kicking off the Jeff Adair directed visual by jumping in a helicopter for aerial views of Dallas, Erreon makes his way across the country visiting Bun B in Houston and eventually making his way out to Los Angeles where he walks the beaches of Venice with a few ladies.

Erreon explained, “Checkway is a single off the project that talks about me enjoying some of the fruits of my labor by living by a limitless mindset.”

It’s only fitting the visual depicts Erreon in a trip around the country as he will be performing at club dates nationwide in June and July. In June Erreon hits Las Vegas, Phoenix, LA, and San Diego for various spot club dates at which point he will perform at Houston Holiday June 27th, and then a spot date on July 14th in El Paso, TX.

Who could have predicted that Erreon’s budding career would kick off with a response record after a fellow classmate dissed him in 9th grade with a song on CD? From there combined with a big influence from Jay-Z, Erreon has used the ups and downs of life to motivate people to win through his music.

“The best is yet to come, I promise always to motivate, inspire and be the voice of the people – so let’s take this ride together!” Erreon said in a message to his fans. .

Going forward in preparation for the Better Late Than Never EP, fans can listen to his tracks “Nobody Knows” and “Locked In,” which were previously released leading up to the release of the project.