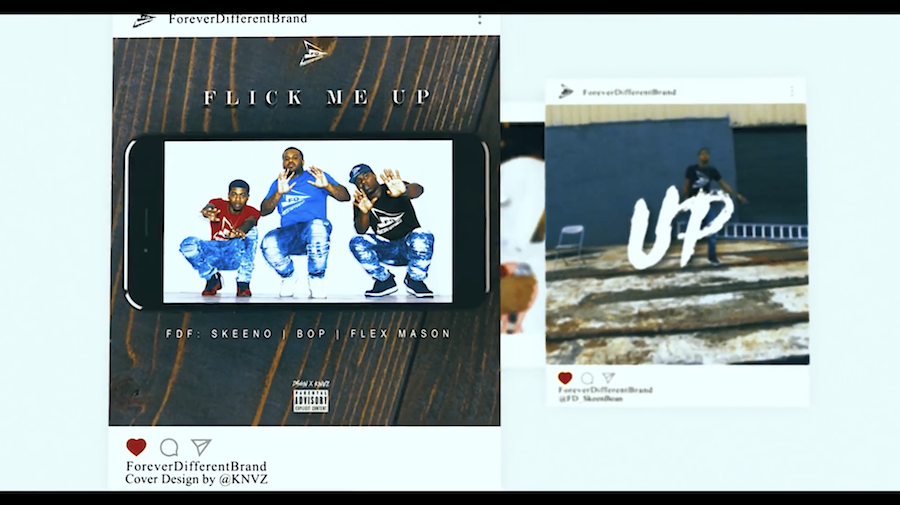 FDF, properly known as Forever Different Family, is a dynamic trio that consists of dynamic artists Flex Mason, Skeeno, and Bopster. Built for anything, Flex Mason is a former soldier that brings street appeal to the crew while also providing melodic hooks and a unique lyrical flare seemingly effortlessly. The other members of FDF, Skeeno and Bopster, are brothers that grew up in the South Side of Chicago, which molded them into edgy artists influenced by the unforgiving streets in Englewood. When fused together, FDF’s unique traits turn them into a powerhouse with a knack for making undeniable music. With their newest single out now via Empire, FDF has harnessed the power of social media as they introduce themselves to the world with “Flick Me Up.” Building off their reputation in the streets, FDF’s new single now comes equipped with an official music video that finds them not only flexing their luxury whips, but their indisputable chemistry and charisma as well.