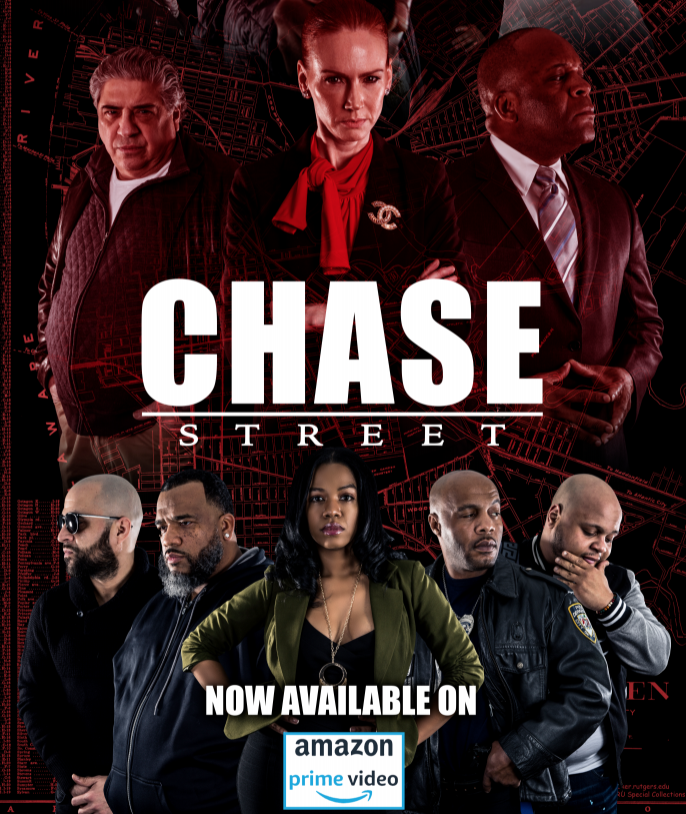 Amazon Prime Video and Interstate Media Group are proud to announce the latest work from writer/producers Thomas Freeman Jr. and Denny Brown, titled, Chase Street. Chase Street is a compelling tale focused on the City of Camden, New Jersey, and is based on some of the events that took place in Camden during the early to mid 1990s.

“The inner workings of politics and the street culture in a mid size city are different than what you would see in New York or LA. That’s what makes Chase Street different. It’s Camden, New Jersey and it’s never been seen before,“ Thomas Freeman Jr..

Chase Street is a story set in Camden, New Jersey, but it’s the story of inner city America, a place where everyone is on the “chase.” The drug dealers chase the money. The addicts chase that next high. The police chase the dealers (and in some cases, the money). The politicians chase the power. Then there is the everyday resident -struggling day by day to get their piece of that elusive “American Dream” that always seems to be just out of their reach. In the race to run the city – all roads lead down Chase Street.

In Chase Street every aspect of the city, from the good to the bad, is explored in this six-episode show that is broken down in two separate parts, each containing three episodes.Thoms Freeman Jr and Denny Brown bring to life a Camden, New Jersey that is days away from a state takeover. Rose Fiori is after the billion dollars in development money and in order to do so, she recruits Aaron Best to groom him to be mayor. Best is a former NBA player who is beloved by the people of the city but besides his inexperience, Best faces another obstacle – his brother Ashley Spark Best is one of the city’s largest drug dealers.