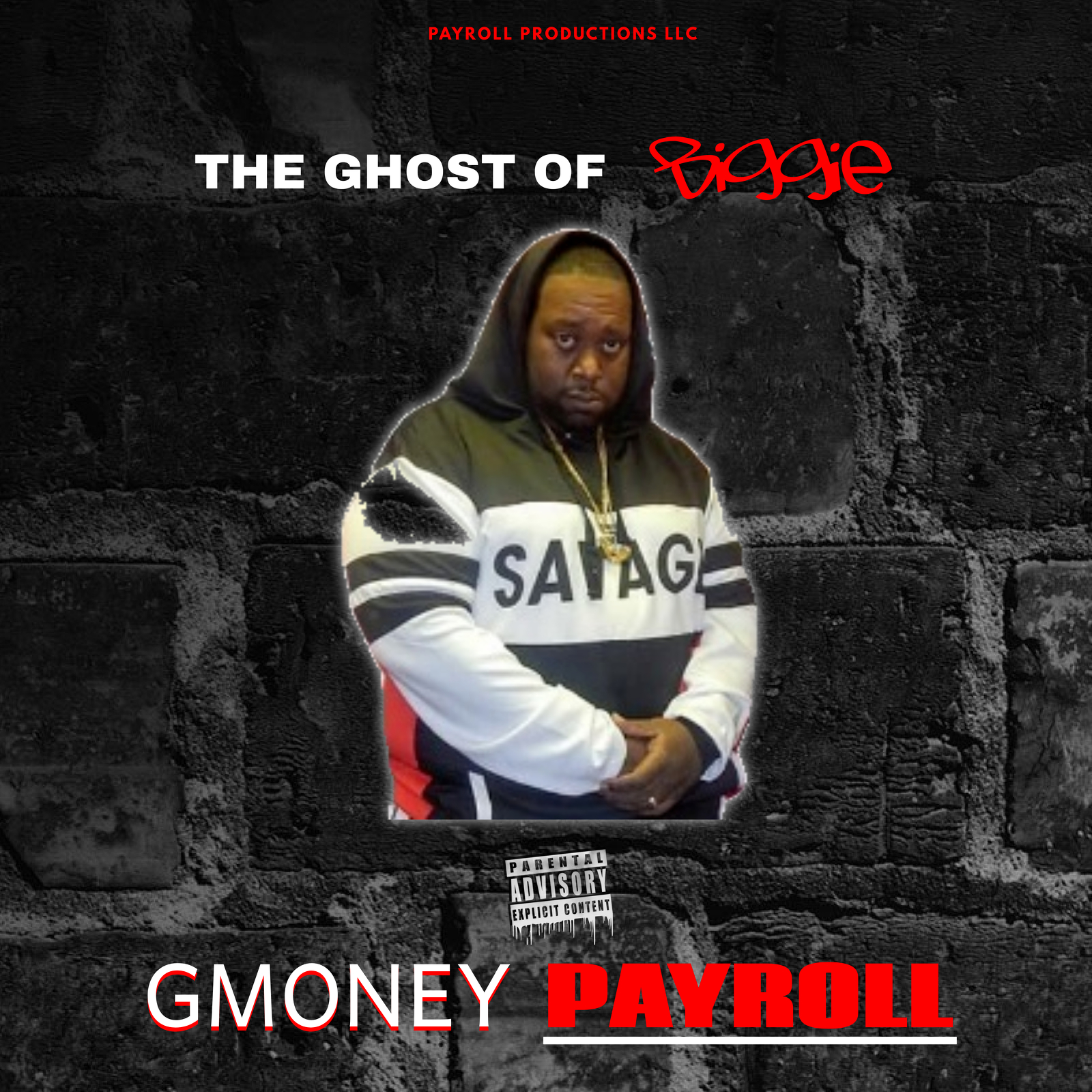 “The Ghost of Biggie” gives listeners a no-skip track experience brimming with ingenious wordplay, storytelling, motion picture fused records, street, and club anthems, tributes, and of course Grade-A bars. Retro sets the album off and lets the world know that Gmoneypayroll is raw, uncut, and emerged from trials and tribulations to cutting checks and celebrating success.

Counting Money Daily is Camden’s famed anthem that proves critics and statistics wrong. The underrated city holds lyrical crowns to many who collect bags not in lieu of drugs, violence, or guns, but in way of mics, stages, and wordsmith talents. In the Trenches validates the anthem and Gmoneypayroll’s ability to win while treading through the trenches, moving further away from feds and closer to the prize.

I Remember, a more soulful track blended with modern cadences and chilling piano keys recalls being without, being counted out, and absorbing pain during the rain. But through it all Gmoneypayroll stood tall and rose above the simple life. Life is Good piggybacks that theme, and celebrates his 24/7 grind, earned success, and even the shadow of clout chasers.

Never Go Broke justifies Gmoneyparoll’s determination and motivation which is his family. His plan is simple, to devise a game plan, execute, and never look back. Lucicious Lyon exudes a cosmic vibe with a grandiose message. Gmoneypayroll is far from average and refers to himself as a savage, a bad boy moving in silence while eyeing his prey.  That prey, or d*ckriders, clout chasers, and basic snakes get addressed in Say Dat. Gmoneypayroll is on and ready to go, will these broke boys step up to the plate and level up?

Cuffin’ Season and Just Me & You are records for the ladies. Gmoneypayroll has no qualms of wearing his heart on his sleeve for the right woman. The tracks shed hope that authentic love and blessed unions do exist. He keeps his bride on a pedestal to celebrate her realness and sticking by his side. Thank You Mom will water eyes as Gmoneypayroll pays tribute to his first queen, his mother.  He credits her for molding him into the man he is today.

Fly Around Me is a fun track to get bottles poppin’, bring in the ladies, and show off flyness while the competition takes a seat on the sidelines. Bring it Back reiterates that but in more of a stern fashion. Gmoneypayroll has been bossed up since younger days and as the Jersey G.O.A.T, he demands respect.  Fat People Rule, although a bit of comedic humor, pays homage to greats like Pun, Biggie, and Heavy D. Rightfully tailored and surrounded by belly chasers, GMoney shares those perks…

Subliminal although it serves as the album’s interlude, is one of the most powerful tracks. Gmoneypayroll declares his stance and reigns not only in the music scene but in life. His accomplishments cease all subliminals from SoundCloud rappers who mumble to earn likes and views. Crabs in a Barrell redefines Gmoneypayroll’s destined path to greatness and reassures that no one can pull him down from his climb. Feeling Like Rocky intensifies his motivation. With his eyes on the tiger, he is not backtracking as it is not an option. His bars reflect laying in a hospital bed to curating billboard hits in the lab.

I’m Winning sums up Gmoneypayroll’s independent success with no contract signatures. While others are declining, he is winning and while others are chilling, he is rising. Help depicts the irony of days when Gmoneypayroll tried to ask for help but was left without. Today he can look back on those days while browsing through his music catalog, collecting checks, and sipping champagne with his ride or die.

The Ghost of Biggie on Amazon