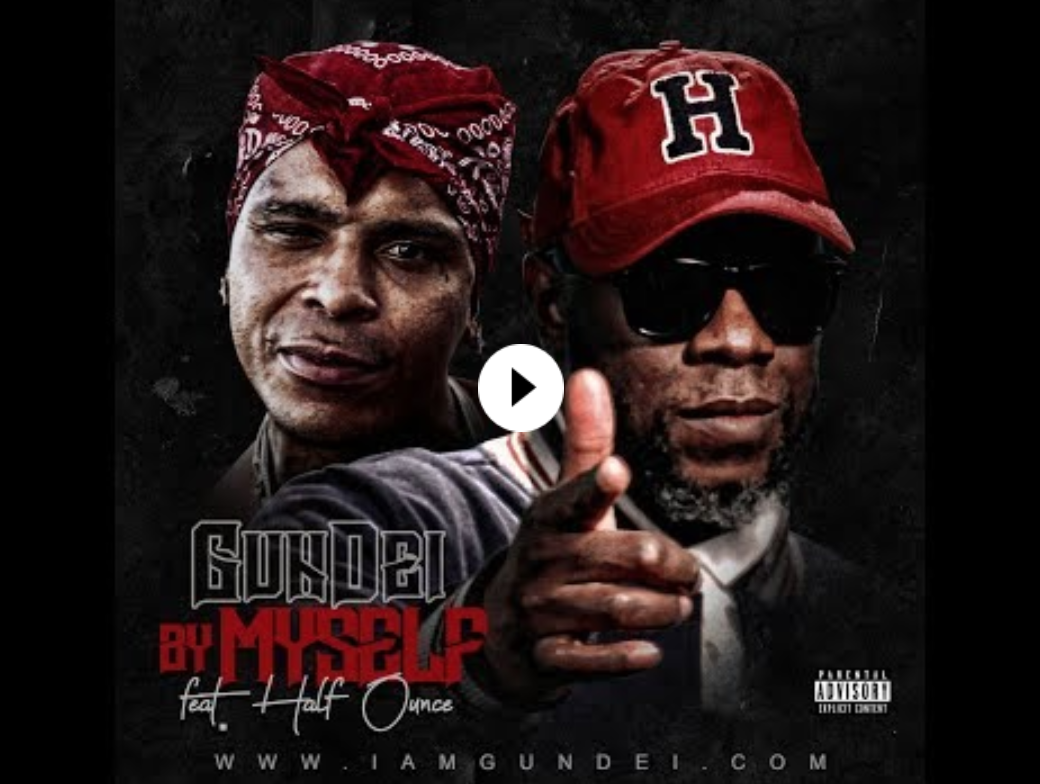 Recently Canadian based rapper GunDei released the video to his song “By Myself”featuring West Coast rapper Half Ounce.

The track came about after GunDei linked with Half Ounce online some years back and the two have kept in contact ever since, collaborating and building musically.

Combining singing and rapping GunDei (pronounced Ghandi) shows his affinity for the West-Coast with this visual, as it’s where he really found his true love of Hip-Hop.

Having migrated from Haiti as a young kid, GunDei lived across the United States and now lives in Montreal, Canada.

“My parents migrated from Haiti and I grew up in Florida,” GunDei said. “I was raised by both my parents and they were both professionals by trade. But during the dictators rule of the 80’s there was a revolution and my family moved to America. From there we moved to Montreal and things were better.”

Settled in Montreal where he could speak French as he did as a child in Haiti, GunDei is also aligning himself on the West-Coast on this song to make a real push for his music in a place where English speakers are the minority.

“The song is called By MySelf because I don’t have a lot of people in my corner but I’m still moving product and building my fan base,” GunDei said. “I want the track to get some attention for my hood in Montreal where there’s bloods and crips out there too. I know a lot of people don’t think it goes down like that in Canada, but we got our people out there too.

Despite the fact that Montreal supports the arts, they are more focused on French speaking acts so GunDei has targeted other regions more open to the West Coast sound he naturally carries.

“The government wants French music to remain the dominant culture here, so the game ain’t popping like in Toronto where English is the main language. There are a lot of reasons things are different here in Montreal, but we do have a scene here,” GunDei explained.

“I got another track coming with Deez Inglez from Inglewood and I know the people are going to feel that, so I’m just going to keep the visuals coming,” he said.