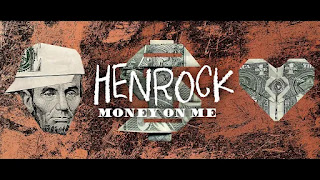 Henrey Favers, Henrock, is the new kid on the block residing from York, Pennsylvania. From performing on main stages all over the East Coast with acts like Lil’ Baby, Kevin Gates, Yo Gotti, and NBA Youngboy, just to name a few, he now brings musical visuals to your computer and phone screen. “Money on Me” is his first video released under his newly signed recording contract with Cash Grab Entertainment.
The creative mind behind the “Money On Me” video is Kayso, who also resides from the 717 area. The graphic effects in the video are just a taste of what you will see in the future from both Kayso and Henrock.
Keep in touch with Henrock by following him on Instagram @CGE.Henrock and follow Cash Grab Entertainment on YouTube for all Behind the Scenes videos and Official Music Videos.