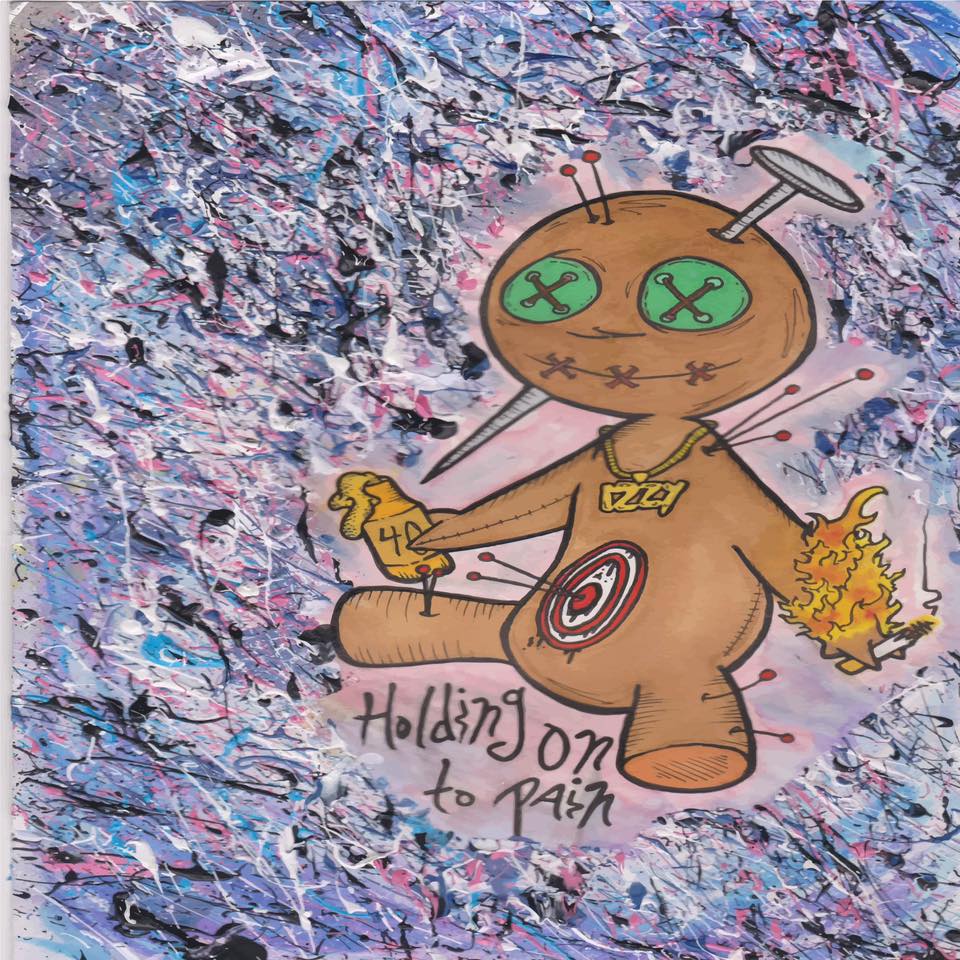 Scottdale, Pennsylvania emcee Izzy Strange follows up last month’s “Wolverine” release with the Eligh featured and produced, “Holding On To Pain” single.
The single is the second release from the forthcoming “Strange Crow” EP, a collaboration project between Strange and the Living Legends alum. Since releasing his acclaimed sophomore album “A Good Day 2 B The Bad Guy” last year, Izzy has been working rigorously on all new content and is the process of staging a mutli-city tour this year. While creating new music, the lyricist began experimenting with different sounds in which the “Holding On To Pain” record came into existence. Danny G also gets his hands wet on the production side of things, adding in ultra bluesy guitar parts to further the deep feelings of the track.
In the song, Izzy and Eligh speak about the adverse effects of what holding on to pain can cause such as low self esteem, suicidal thoughts and hatred. The duo also offer up aspects of what the positive sides are when we relinquish said pain. Ultimately, it’s up to the listener to decide which path they will choose to take in a similar situation. “Holding On To Pain” is available for streaming via Soundcloud.