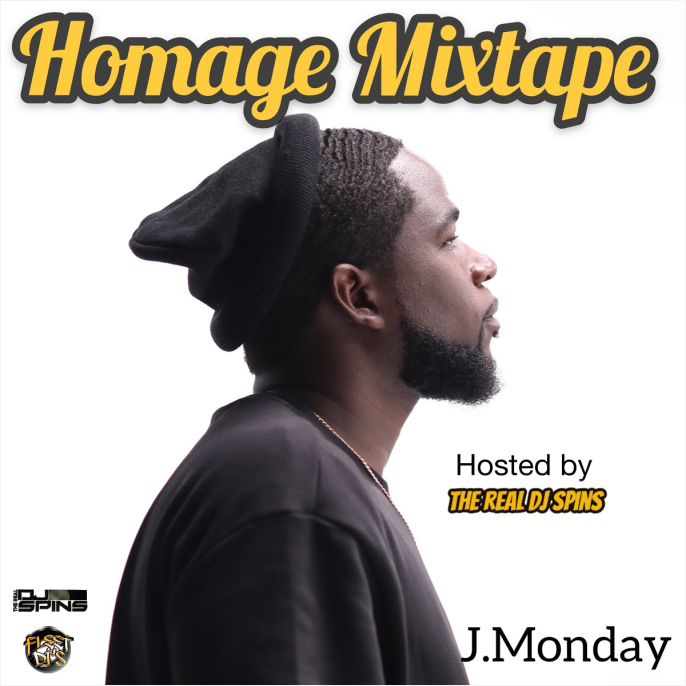 J. Monday debuts ‘Homage Mixtape’ hosted by The Real DJ Spins of The Fleet DJs. The mixtape includes 3 tracks and 2 freestyles and is available now on Audiomack.

Although currently residing in the Raleigh area, J. Monday is known worldwide for his clever metaphors, polished lyricism, and coherent sounds.  His most recent single “Cross Your Mind” taken from his debut album ‘Path Less Travelled’ reached over 20,000 streams in only a matter of months and was featured on Eminem’s Shade 45 radio station.

What makes J. Monday the total package? According to Hip-Hop Weekly
J. Monday is noted as one of the top 50 new artists to watch out for. Grounded in originality, the multifaceted artist avoids being trendy and evolves his craft into a specific style…Simply put, J. Monday’s music is groundbreaking in multi-genres including Pop, R&B, and Hip Hop.

Connect with J. Monday below and stream ‘Homage Mixtape’