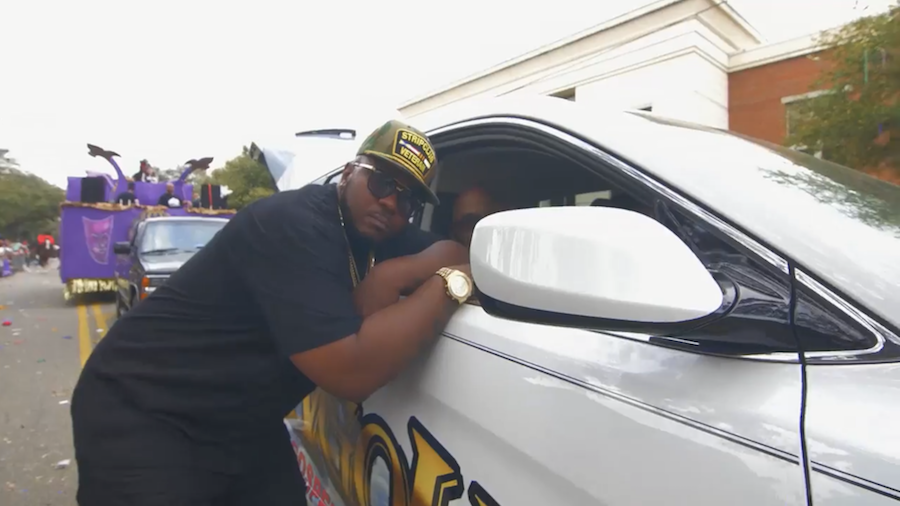 J. Simon is an American rap artist hailing from the small Alabama town of Saraland, found right outside of Mobile. J. Simon discovered that he wanted to be an artist full time after his aunt took him to his first MC Hammer, Heavy D and Queen Latifah concert. Even after he was accepted into college, J. Simon still continued his dream of becoming a musical star, like his inspirations Tupac, Michael Jackson, Outkast and UGK, who painted the sweet country street rhythmic picture that J. Simon wanted to be apart of. In college, J. Simon continued to cultivate his sound, creating a style that pulls from jazz, hip-hop, rock, blues and gospel, which he describes as “Mob Muzik.”

Recently, J. Simon’s work ethic gave him the opportunity to open for T.I. in select cities during the nationwide Hustle Gang Tour. Utilizing the momentum that he’s built, J. Simon is currently preparing for the release of his latest project, Simon Says. Ahead of the aforementioned release, Simon delivers the official music video for his hard-hitting single “Name On It,” which comes produced by Cheeze Beatz (Rick Ross, Migos, YFN Lucci). “Name On It” is an adrenaline-filled anthem that finds the Alabama native asserting his confidence as he claims his spot in the rap game. Scheduled to arrive this Friday, June 7th, via LANEntertainment, Simon Says will also come equipped with contributions from the likes of Ink, Roc N Mayne, Nonstop da Hitman, and more.