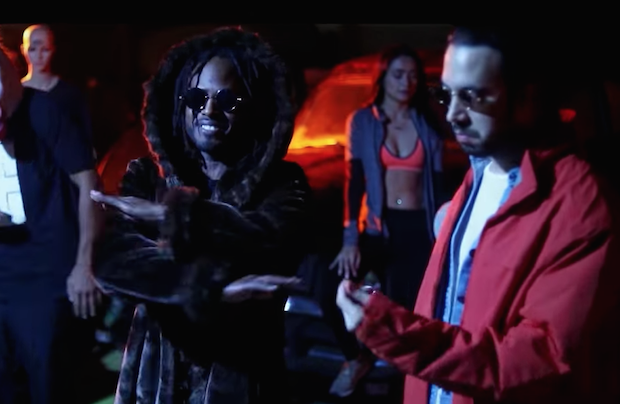 Coming out of Louisiana where they’re the most unlikely of pairs, Jaz Flow and Adam Wise, are more similar than they are different. Seeking to bring something new to the game, this tandem has repeatedly shown people that music knows no bounds.

“We wanted to bring something different to the table for Hip-Hop. Working off of each other’s uniqueness we decided to do a song together and that song got a crazy response – from there we decided to create an album called Project Light,” Jaz Flow said.

The decision to collab paid off as the guys have found their way onto BET Jams, WorldStarHipHop, Revolt and a host of sites including The Source, DJBooth, AllHIipHop and Southern influencer TrapsNTrunks.

Most recently Jaz and Adam toured through New York visiting Shade 45, Thisis50, Combs Enterprises, Def Jam, Vevo and many other major platforms. They are booked for the Sundance Film Festival in Park City, Utah and will precede across the border to Rosarito Beach, Mexico for an international showcase Feb 10th.

When the tour is over, the duo will come back to Cali where they will be hosting parties throughout the NBA All Star Weekend in Los Angeles which is sure to bring out a host of celebrities and entertainers.

Immersed in music as a kid watching Yo MTV Raps, Jaz Flow found he had a way with words at an early age as he began to learn how to rhyme. “I wanted to motivate people and shed light on the things going on in the world,” Jaz Flow explained.

But despite their way with words, both Adam Wise and Jaz Flow realize that you can’t force knowledge onto your fans.

“In 2015 I realize most people didn’t want to hear conscious music so I began to twist styles up and drop golden nuggets for people to pick up on. I was searching for my own way to create ‘fun’ music with the light embedded.” Adam Wise said

Heavily influenced by groups like Outkast, Adam Wise and Jaz Flow continue to master their craft, continuing to push boundaries and even cross lines in music.

With their 4th visual “Piece of Cake” the guys closed out 2017 in epic fashion receiving about 225k plays in just under a month. After streaming over a millions times on Spotify alone, From the 3 continues to put Adam Wise x Jaz Flow (iii) in position to earn the notoriety they rightfully deserve.