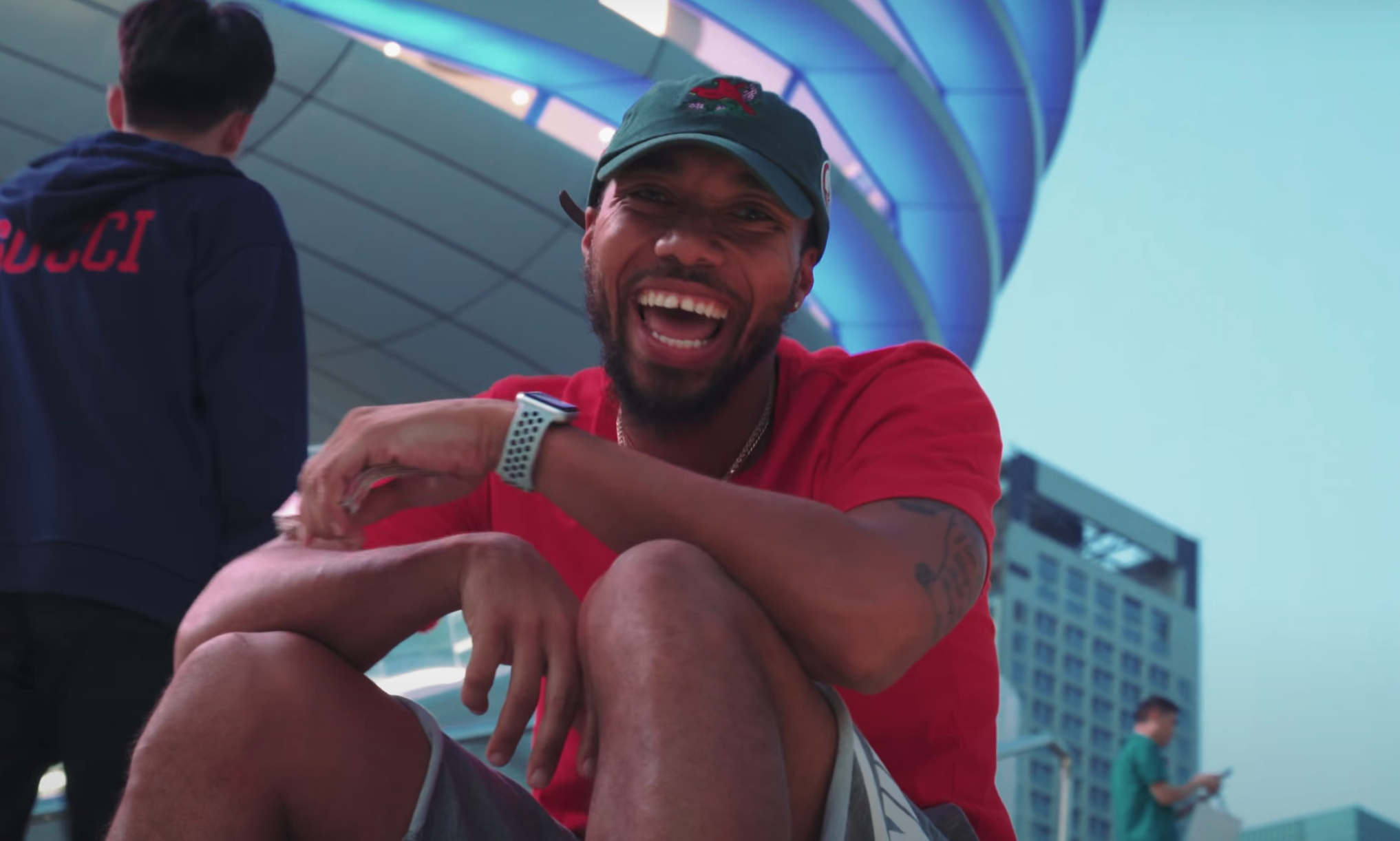 Jenks, a buzzing transitional basketball player-turned-rapper from VA, makes his widespread introduction with the new “Look At Me Now” video. And with pure skills, fundamentals and talent like he did on the court, Jenks carries over to rap and becoming a rap star before our very eyes, literally. To differ from the norm, Jenks takes us international in the latest visual receive the widest scope possible for attention.

For the new video, Jenks, a fast-rising rapper with undeniable wordplay and charisma, takes his act overseas to showcase his skills in front of innocent bystanders. Throughout the stroll of Asia, Jenks kicks bars like Liu Kang about his beliefs, family, and fame. “Look At Me Now” audio and visual are representations of Jenks’ nostalgic yet modern approach to the genre giant. The Murray State University alumnus believes his music connects best with an audience between the ages of 20-40 years old.

Jenks on filming “Look At Me Now” and “Feelin’ This” in Asia:

“In October 2019, I decided to go to Jinan, China just to get away and see something new. During my time there I met my guy Inno Stuart and he helped bring my vision to life. I also shot and directed a short film there called “Jinan Jenks.” It was a very liberating trip and I wanted to capture it on camera in a way that my supporters could experience with me.”

The new single follows a buzzworthy song “Ja Morant” released over the summer. The HighDefRazjah and Young Crazy-produced song generated over 50,000 streams on Spotify and made Jenks a most-sought-after new artist.

Both “Look At Me Now” and the previous release “Ja Morant” are featured on Jenks new playlist, titled, Look At Me Now. On the new 11-track collection, Jenks takes point once again with a extensive body of work that gives listeners a concrete idea of what they can expect from the raplete in the future. Standout tracks include “Feelin’ This,” “Juice” and “W.S.B.M.”

“Look At Me Now” is available on all DSPs. And for more Jenks, follow him daily via Instagram. Jenks and Look At Me Now are both brought to you by Jenks’ own imprint.

Watch “Look At Me Now” below.