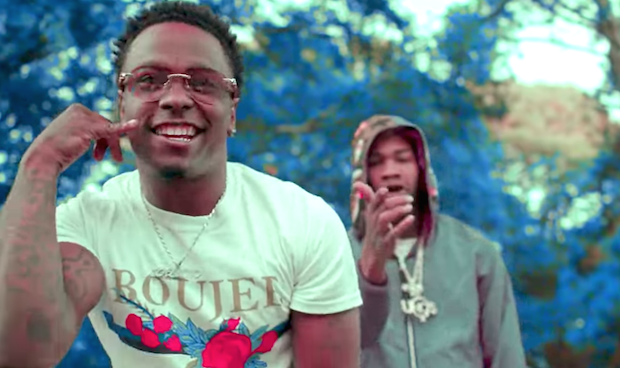 Some people are born with a gift and that’s a blessing. Such is the case of Joe Gifted who was blessed with an ability to effortlessly write catchy songs that connect with Hip-Hop and R&B listeners.

From his early beginnings singing in the church to finding an infectious melody on his hit song “Water,” rapper, singer/songwriter Joe Gifted has always had a knack for recording. Now that comes to life with two new projects, Mr. Gifted / Gifted I Am.

“I started off doing music at church singing in the choir – my grandmother had me in there. I was listening to a lot of soul music, but when I got to 8th grade that’s when I really started rapping,” Joe Gifted explained.

Following the untimely death of his father, Joe Gifted joined a group by the name of the Young Goons and the group went on to record a host of songs. But it wasn’t until Joe Gifted performed at his school’s talent show that he knew music was his calling. From there he continued to pursue music and he eventually broke with his song “Water.”

“Water was a record I had recorded when a few weeks after I had got out of jail, it was just off the vibe and how I was feeling. The beat made me feel that way – I didnt know that the track was going to do so well,” Joe Gifted said. “People were flooding my page with videos of kids dancing to the song and I actually ended up performing the song three times in one night at Club Bankhead. That’s when I knew I had a hit after the DJ kept running it back and that ended up getting the attention of Warner.”

From there Joe Gifted was able to ink a deal with Warner Bros. Records and released his Mr. Gifted / Gifted I Am projects that gave fans both a Hip-Hop and R&B view of Joe’s music.

Despite a nice deal with Warner Bros Joe Gifted isn’t slowing down and he’s continuing to grow his buzz.

“I enjoy being with the label because its opened up some doors for me and it really has given me a chance to expand my fan base,” Joe Gifted said of his deal with Warner. “At the end of the day though, we don’t wait for the label, it opens doors but we gotta keep doing what we gotta do to reach audiences.”