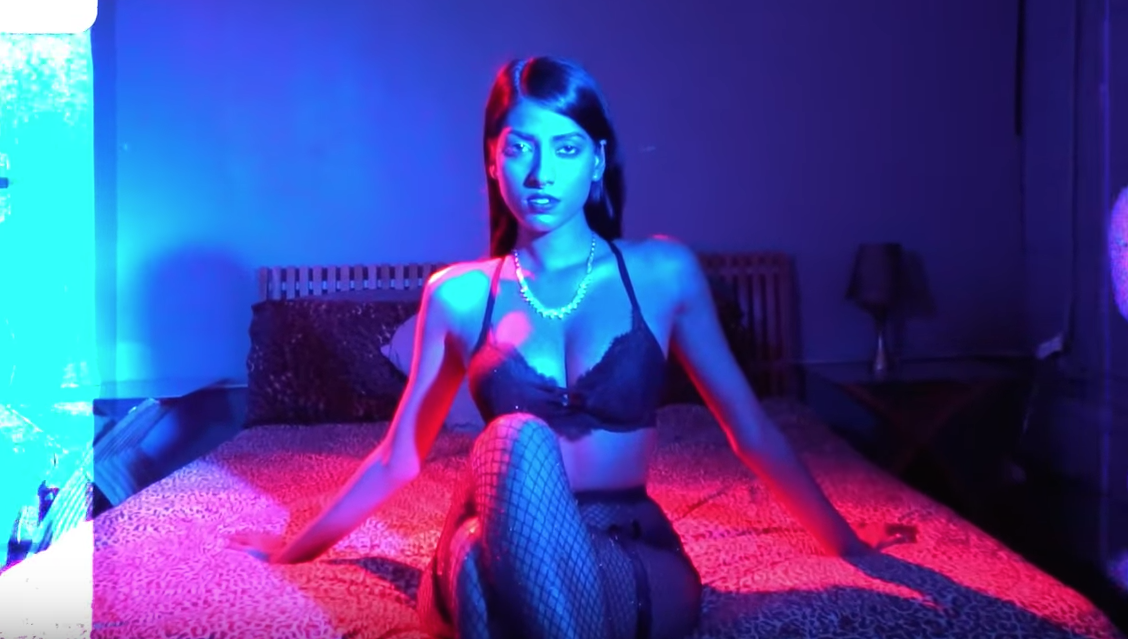 In the video Justin Snow’s moodus operandi is #PrettyGirlsGetSlain, which is his twisted metaphor for intercourse.

The video’s concept plays like a slasher film fantasy for women who are attracted to the bad guys, continuing themes from previous horrific visuals like those from Snow’s Body Count project (HotNewHipHop).

In the short film, women are essentially role playing their favorite fantasy with a horror movie villain.

Recruiting beautiful unsuspecting victims, Snow has raised eyebrows with his blood-splattered polaroid pictures and NSFW films which air regularly on his IG page, gaining attention from the XO movement and other industry insiders.

As such Snow’s Instagram feed has become widely popular as he metaphorically slays beautiful women also drawing attention from the likes of Playboi Carti, Rich The Kid, Ian Conner, A$AP Bari, Uno the Activist and more.