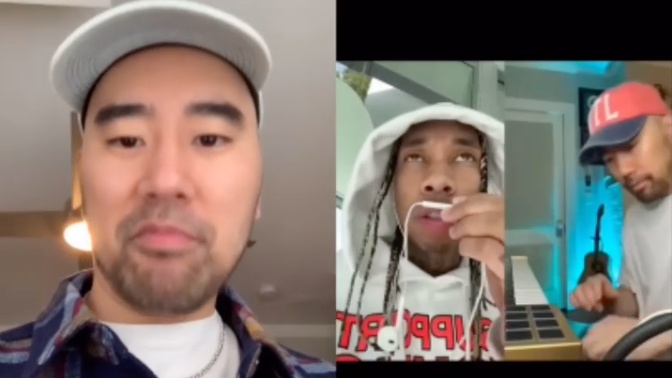 Multi-platinum hit-maker Kato The Track has TikTok in the palm of his hand right now off tyhe strength of his catchy duets.

The song is an undeniable bop and has proven to be an infectious earworm from the moment the beat drops and Reyanna raps, “I’m so pretty and he like that.”

The audio has been circulating TikTok and has already received multiple co-signs from influencers and artists like “Lil Bebe” rapper DaniLeigh.

West Coast rap star Tyga also caught wind of the banger and added a fiery verse of his own in a duet with Kato.

Though there is no official word yet on the release of the record, enjoy some of the videos using the audio on TikTok here.