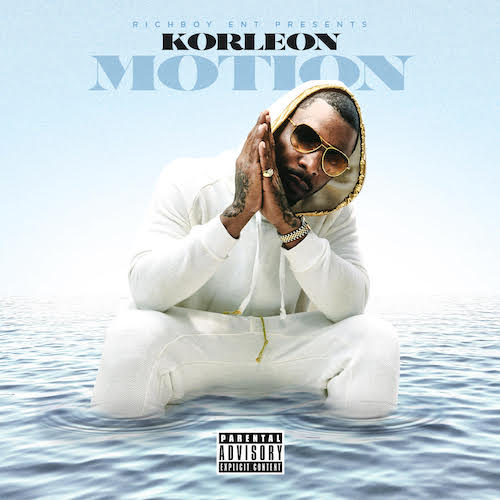 Today RichBoy Ent. CEO and founder Korleon aka “The King of Jackson (K.O.J).” releases his new song, “Motion,” debuting the new track with a music video on YouTube.  Released just in time for Memorial Day, the highly anticipated music video for “Motion” precludes a host of releases by the ATL veteran by way of Jackson, Mississippi. Hoping to continue the momentum, Korleon will drop his mixtape The Four in the coming weeks, which will be followed up by Strictly 4 My Sippers this Summer. “Basically I’m just tappin in with the ladies. They rock with me and I rock with them equally so I felt I needed to satisfy my female fan base and cater to them. I wanted to create something that they could vibe to and something where I remained true to myself,” Korleon K.O.J. explained. “I feel like it’s a way better look for me to be with 7 different women in all shades and colors around the city, rather than me rolling around with 20 of my ni**as.” Within the last two years Korleon launched a new studio in Atlanta called Walker St. 2.0 where his RichBoy Ent. team has been building a movement. To date Korleon and his team have recorded a host of artists including multi-platinum artist Slim Jxmmi of Rae Sremmurd, Mase, Jose Guapo, Big Bank Black and of course D4L’s Fabo. “We opened back up the studio in March of 2017, we’ve had a lot of indies, superstars and its just been a blessing, I’m just glad that we have been able to make it happen. Its been a whole host of people to record there over the past few years,” Korleon said of his studio. “Of course me and Fabo been working on music together and I got The Four project that will preclude the Strictly 4 My Sippers project. I got the visual coming for Colorado soon and I got some stuff coming up with DJ Twin in the immediate future sometime in July.” K.O.J. is often seen touring alongside and has frequently collaborated with on tracks with Fabo, who he says is his brother and day 1. “Fabo my brother, Giksquad! Those my brothers. We been down since day one and we gonna be down forever, that’s my brother. He stays booked out and if you go through the archives, I’m at most shows, so it’s really just mores what’s continuing to go on. We were at Rolling Loud and everything, he stays booked.”