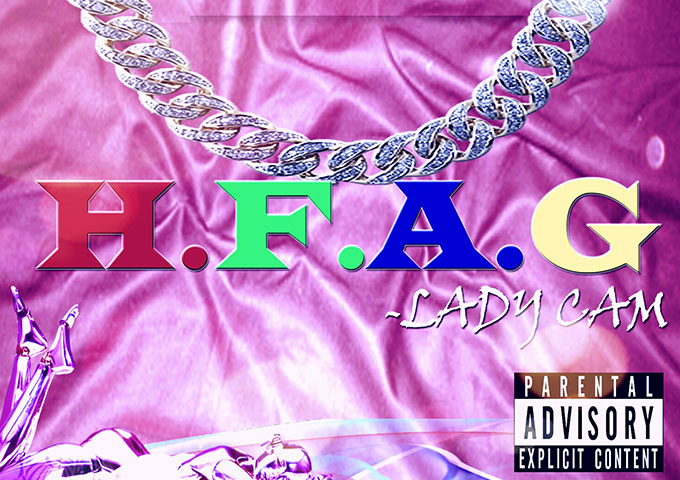 A woman of extraordinary talents, Lady Cam has twelve years of writing and rapping experience under her belt, whom many other artists has requested for. She writes, records and produces her own tracks in her own studio; but can also provide all of these services to others. She frequently ghostwrites for other artists and has directed a reality television show Through the Eyes of A Promoter. An internship with Freedom Nightlife was a challenging, but rewarding experience.

Her technical skills have developed impressively over the years and Lady Cam has worked with Music Generator 1, 2 and 3, EJay Club World, Nuendos 2 and MAGIX Music Maker. When it comes to video production, Lady Cam can record, edit, transfer to DVD and work through all final cuts herself.

Lady Cam has been published in both online and print magazines such as This Is 50, MTV.com, Hot 97.com, VLAD, On Wax, Street Report and Barrio Magazine. She has appeared on the cover of Hood Critic and others. Lady Cam has opened for acts such as Juvie from Cash Money, Shawnna from DTP, Webbie, Cupied, Lil Flip, Lil Cali and Foxx to name a few.

She has also been on TV shows aired in Atlanta and Louisiana on the Comcast and Cox cable networks. Lady Cam has featured in movies such as The Pawn Shop Chronicles with Brent Fraiser and Paul Walker, The Butler with Forest Whitaker and on The Oprah Winfrey Show.

Lady Cam has taken part in her fair share of music videos including the Red Hot Chilli peppers music video called “Brendon’s Death Song” that was shot in New Orleans.

The sky is the limit for this inspirational, energetic rapper. To add to her accolades, Lady Cam has been compared to artists such as Missy Eilliot, MC Lyte, Outkast, Rah Digga and Lauryn Hill.