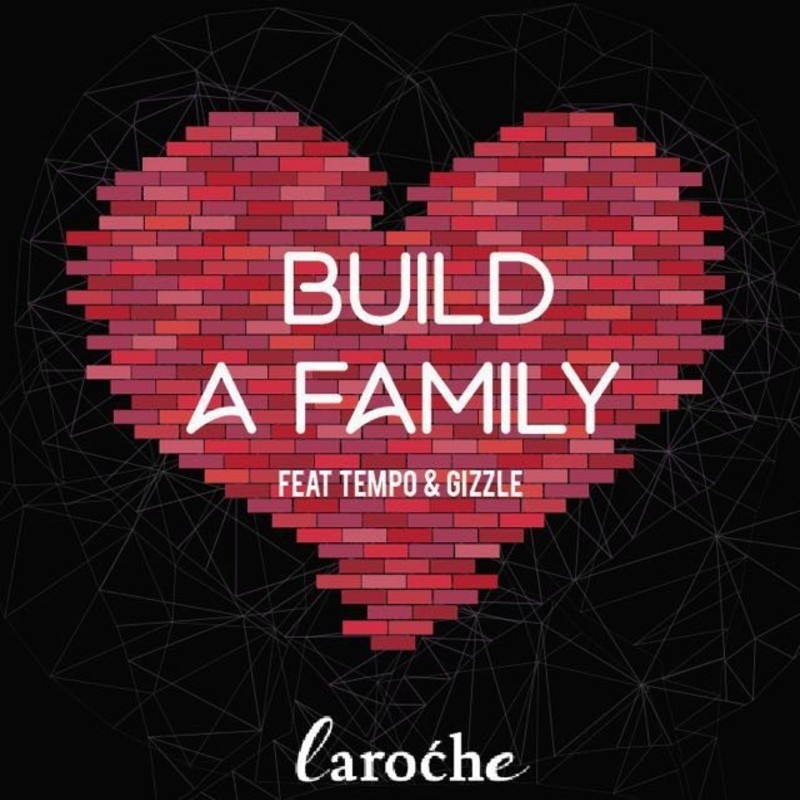 Laroche on “Build a Family”: “I wanted a song about love and starting a future together. I also wanted an upbeat Motown sound that gives you that feeling of endless possibilities. [My Ex-Fiancee and I] had different backgrounds/cultures and we were very excited to combine and build our own family. Thus ‘Build a Family’ was born.”

Gizzle, an accomplished artist, and songwriter from Los Angeles, has been writing songs as a way of expressing herself since she was 16 years old. She is a pioneer in the industry and has been featured on the albums of artists such as Teddy Riley, Puff Daddy, Pharrell, Timbaland, Nicki Minaj, T.I., Meek Mill, Snoop Dogg, Chris Brown, Trey Songz, Ty$, YG, Iggy Azalea, Hit-Boy, Kid Ink, and many others.

Laroche, a reluctant producer/songwriter, used music as an outlet to deal with his confusion and pain in a tumultuous time in his relationship. He is an intensely private person who decided to share his experience in the hopes of healing his heartbreak. The culmination of his healing is the release of his debut LP Lost Love this year. Laroche is Holm’s first artist.

Holm (pronounced “Home”) is a welcoming community of artists.  Its purpose is to provide a familiar place for artists to come together, while at the same time encouraging and supporting those who push their own boundaries.  Holm is music for the soul.

Lost Love, told as a collective story, is Laroche’s chronicle of a love gone wrong detailing a passionate relationship that would ultimately be shaken by betrayal. Each track tells a part of a story, and the songs as a collection illustrate the struggles and feelings of both sides of love. Laroche’s debut project Lost Love is sure to peak the interest of music lovers as he eloquently tells the stories of how both love and heartbreak can be the perfect muses.

Listen to “Build a Family” on spotify now.