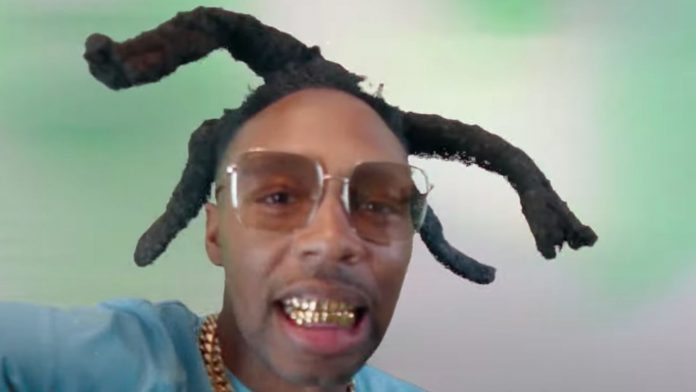 Lil Murden is not falling for the “Tricks” scandalous women throw at him because he is too busy tricking them first in his latest visual single.

Big Murden raps about the number of ways he manages to keep himself from getting tied down to just one woman throughout the eye-catching Bosh Novart-directed visual.

The video takes a surprising twist when a low-down-dirty female attempts to rob Big Murden of his stash of cash, which he was apparently well aware of the entire time.

“Tricks ain’t for kids/Bae stop lying to that boy/That thang ain’t his baby,” Lil Murden raps on the opening hook.

After breaking out with his 2018 album Choices, Lil Murden went on to collaborate with artists such as Cocaine Mali, Fetty P Franklin and more. Lil Murden reached new heights in 2021 upon the release of his 14-track Gangsta album, home to his fan-favorite “Forgot To Slide” — which also accumulated well over 100k YouTube views.

Lil Murden has appeared on multiple media outlets including DJ Akademiks, DJVlad TV, and recently told HiDefNation about how he pulled strings to get Stunna4Vegas’ chain back last year after it was allegedly snatched in a heated scuffle.

Watch the video for “Tricks” below.