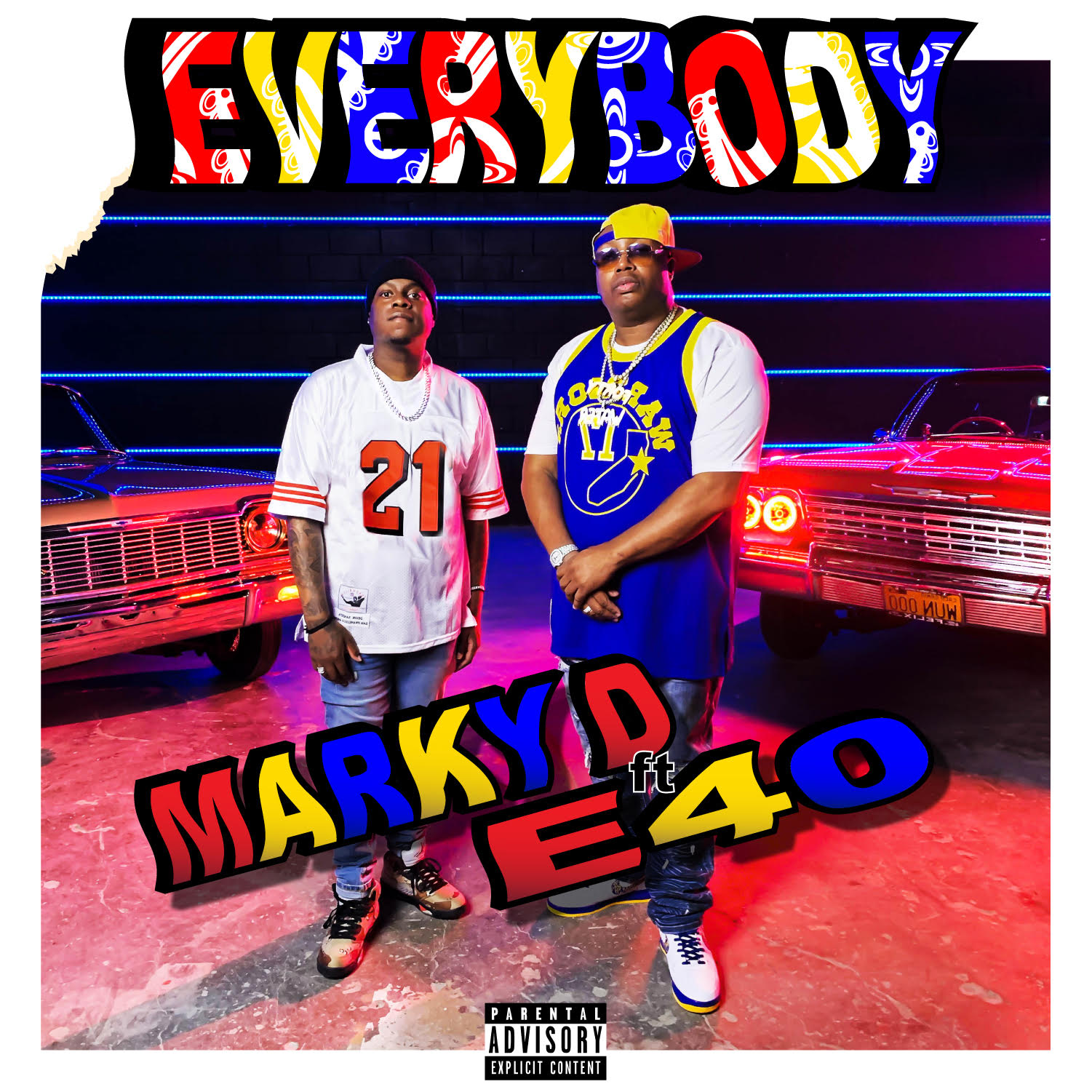 While he’s still a newcomer to the LA rap scene, Marky D, joins forces with legendary “Yay Areeeea” rapper E-40, for a feel good track with street appeal. The laid back single titled “Everybody” lets you know how both artists can relate to all cultures and walks of life, bridging the gap between the Bay and LA.

“Everybody is an authentic West Coast slap that includes all 4 angles north, south, east & west while giving Hip-Hop fans a bit of nostalgia,” E-40 said co-signing the young LA rapper.

“If you know and you heard his verse, I got a real-life E-40 verse. The song is just saying I’m good. My best friend growing up was Filipino, my Godson is Hispanic and I just mess with everybody,” Marky D explained.

Currently Marky D is putting the finishing touches on his debut album Same Energy that is set for release this Fall.

“I just make music! I’m 24 and I’m based out here in So Cal putting in work. I was raised by my Grandma so I really grew up on the old school soul like James Brown, the Commodores and all that stuff that we listened to together. Of course, I listened to the Biggie, Tupac, Suga Free and all that, but I never really had one artist or genre that I listen to consistently. I pulled from a bunch of artists,” Marky D said.

“I’m excited for the world to see and really appreciate what’s going on. This is a big record for me and my fans who are along for the ride. You gonna see the team is ready and we are building an empire. You gonna hear the name Charlie Bryd floating around a lot, its supply and demand type thing. I’m gonna show up and show out and then leave the building. That’s it!”