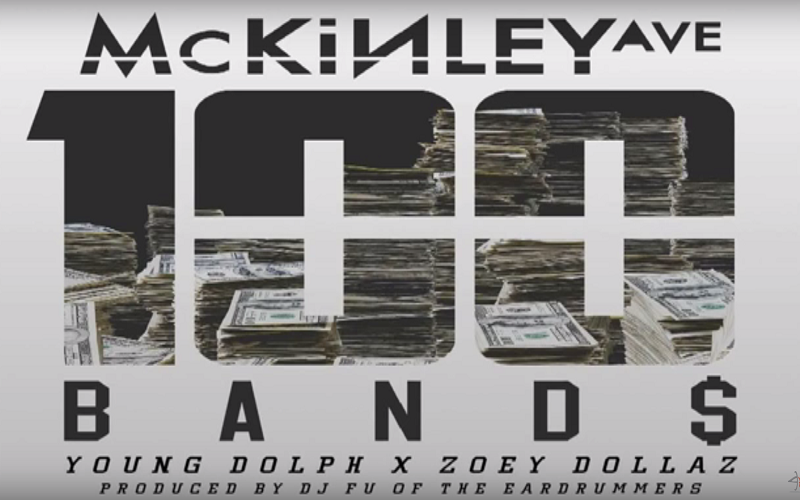 Watts native McKinley Ave drops “100 Bands.” The single is the prelude to his debut project Did Dirt To Lay Pavement and features Zoey Dollaz and Young Dolph

The EarDrummers producer DJ FU is responsible for the riveting uptempo track and about “100 Bands” McKinley says, “This is probably one of my favorite records on my project. I’m from the Watts California, and rap about our way of life and what we had to do to get it. But at the end of the day, I want people to press play on my music and feel motivated. Whether you’re trapped in the streets or in the boardroom, I feel like we have all thought to ourselves… Damn, I gotta make 100 Bands.”

Did Dirt To Lay Pavement is due out later this year and it boasts guest appearances from Eric Bellinger, The Migos, Joe Moses, Just Brittany, Jay-305, and others.