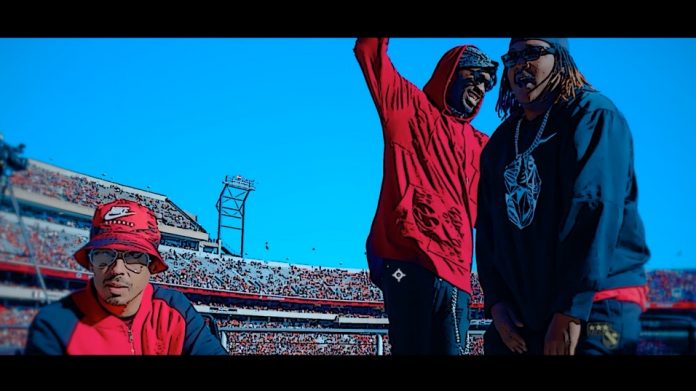 Q.Where are you from ? A.Born and raised in ATHENS GA on 106 Q.How long have you been making music ? A.I have been writing music since high school 2005 but I didn’t start recording music until 2009 Q.When did you start performing live ? A.At an early age , I was about 4 when my grandma Rosa put me in the youth choir At church , I got a family full of musicians so it was eventually going to hit me. I did my first hip-hop performance in 2014 and a house party at the Cottage. QWho are some of your musical influences? A. always listen to old school music like Temptations and O’Jays but as far as hip-hop it was Tupac ,Busta Rhymes ,Twister, Jamie foxx and Mos Def . Q.Are you a big Georgia Bulldogs fan? A.BIG LIKE GRANDE! Forever and always a DAWG #godawgs Q.What has the response been like to “Red and Black”A. It’s been amazing thanks to Niño, I’m taking in all the love and support ! It’s been exciting and I can only pray it continues to keep growing! Q.When can we expect new music from Quezzy Poet? A.I have a project I’m about to drop here in the next few weeks . “Only here for the Ride”. This tape is gonna bring you along thru my mind and life experiences. Get ready to Vibe! Q.What are your thoughts on the current state of Hip-Hop? A.Hey, I’m digging the route that it has taken. The creativity Level has went thru the roof! I’m giving 110% every song like I’m on the field ! Really can’t wait to see what the future holds! Q.Who are some local artists you like? A.Tough one , nah but really GA PRO has some heavy hitters so I’ll start with Motorhead 2x and Kxng Blanco, and OG Swain just to name a few! The list goes on tho, so much talent where I’m from ! Q.Where do you see yourself a year from now? A.Hopefully I’ll be in a place where I am still making music but more comfortably with a direct target Fan base . Right now I’m just experimenting and doing different things, breaking my limits. But hey only time can tell.
“Red and Black” is streaming now on all platforms