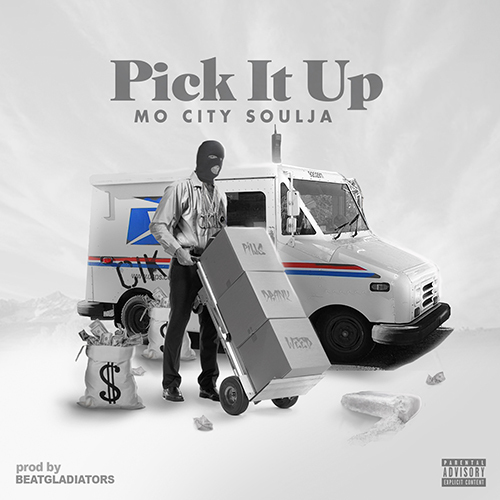 After several years of hustling his music in the streets of Missouri City, a suburb of Houston, and with a big fat endorsement from south side legend, Lil Keke, Mo City Soulja’s star has been on the rise for some time now. 2016 saw him release his debut, “Blockstar”, under his own label, CIK (Cash Is King) Music , which he started alongside Superproducer TA and Nix and he is currently working towards the drop of a new project.

Produced by BeatGladiators, “Pick It Up” is the second single and the follow up to “Houston.” If street tales are your steez, keep your ears peeled for more.